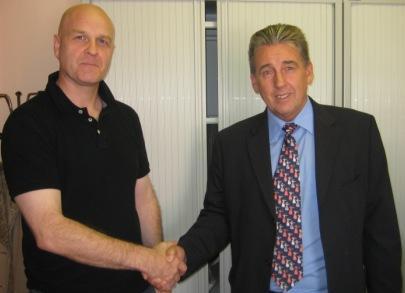 Mick Mahoney is branch Secretary for Essex UNISON. Mick has a long history in trade unions. He worked for many years as a docker down in Tilbury, before moving to local government. The work was a big change but the issues facing the workforce remain the same.

Essex UNISON came to our attention last December when news broke that Essex were already looking for someone to run their council services. A journalist contacted the branch to ask if they were aware that all of the council’s services had been ‘bundled up’ as a package for around £4.5 billion.

The Leader Lord Hanningfield is a key figure in Cameron’s team.

In March this year the branch had been told the scheme for mass privatisation had gone on hold, but that was only until the county council elections in May were over. On the day that our branch was being bombarded by journalists looking for a response to the EasyCouncil article in the Guardian, Mick was being interviewed by the BBC over secret plans for mass privatisation of all council servcies by 2012, just in time for the Olympics!

Interestingly, Mick said industrial relations with their employers have been ok, it is only in the last 12 months when these plans first came to light that there has been a significant change.

Essex Council has already appointed IBM as the organisation to lead commissioning on behalf of the Council. Our members know of IBM because of their partnership (SouthwestOne) in Somerset.

Mick is clearly committed to fighting on behalf of his members. Over the years he feels the language of the politicians may have changed but the message is still the same, they are after our members Terms & Conditions and it is only UNISON standing in their way.