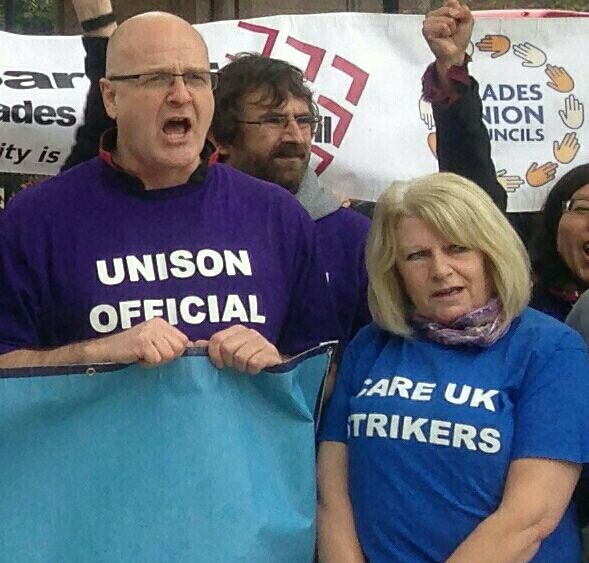 “John, I didn’t realise what it meant to be outsourced, I remember you warning us about it and calling for strike action. I know now and I absolutely hate working for them.”

I’ve had to represent many outsourced workers here in Barnet. The other day I had a long and upsetting conversation with a member. She reminded me of one of the many campaign meetings I had held with Barnet Council members before services were outsourced. In all of the meetings I would keep repeating the message that in spite of what senior managers were saying, workers would notice a difference if outsourced.

It doesn’t help to say I told you so, because our member need support from us.

It should serve as a warning to any workers under the threat of outsourcing such as Knowsley or the Four Health branches Bradford, Calderdale and Huddersfield, Leeds and Mid Yorkshire Health who are about to be balloted or the 600 hospital caterers, cleaners, porters other staff at three hospitals in Lancashire are planning to strike for 48-hours later this month over plans to transfer their jobs from an NHS trust to a private company it plans to set up as a wholly owned subsidiary. The proposed action on 23 and 24 May follows an 89% vote for strike action in a ballot which saw 73% of eligible members cast a vote.

I send solidarity greetings and this warning, if you don’t fight you have already lost, if you fight, you may win and avoid what will inevitably follow with outsourcing, which will be an attack on your pay and terms and conditions.