Historic underpayments across schools and private contractors in Barnet 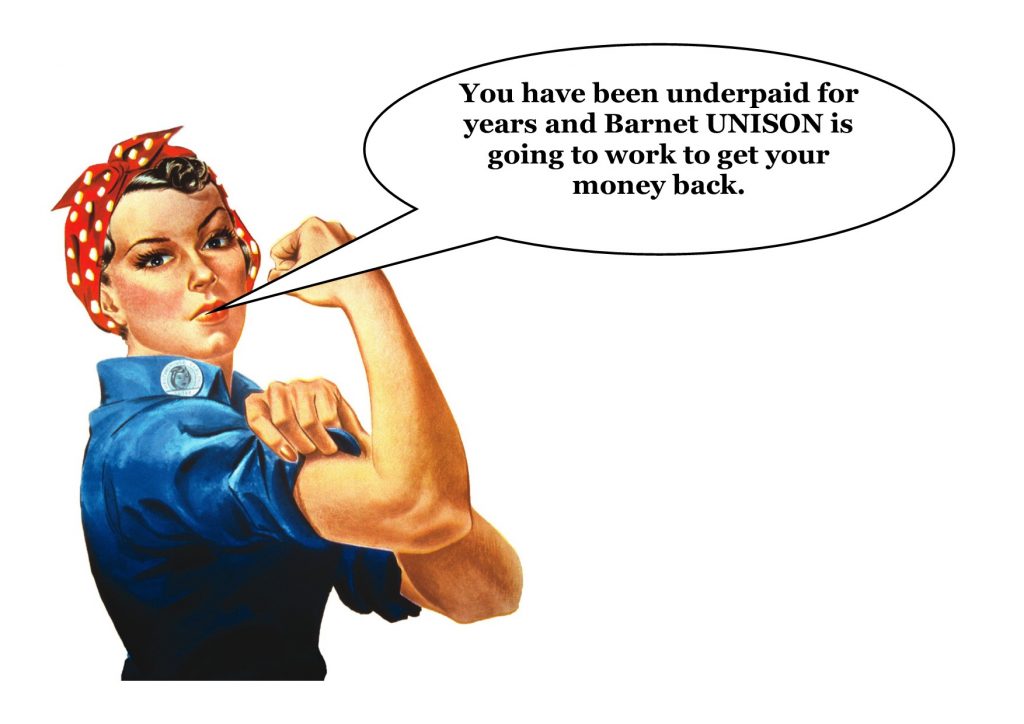 Barnet UNISON has written to 67 Barnet Schools, Capita, ISS, Cambridge Education and The Barnet Group in regards potential underpayments to staff who are on Term Time Pay (TTP) contracts.

Whilst the majority of staff on TTP contracts are based in schools there are workers who were outsourced to other contractors also on the same contracts.

What is this about?

It is about the calculation used to ensure that part-time workers are not being discriminated in relation to their pay.

UNISON believes that this contract treats part time workers less favourably than full time staff and is therefore discriminatory. We also believe that the approach is potentially discriminatory on sex grounds as the workers affected are overwhelmingly female.

UNISON is seeking a recalculation of the pay and leave of these staff and a payment of back pay of any historical underpayment from their date of appointment.

We would also seek a recalculation of any pension entitlement under the LGPS resulting from any underpayment or understatement of pensionable service.

This is a massive issue for our members and we are continuing to keep all of our members briefed as to their rights at work.

If you are on a Term Time Pay contract and worried if you are being correctly paid please contact the branch on 0208 359 2088 or email contactus@barnetunison.org.uk