Barnet Council Not For Sale 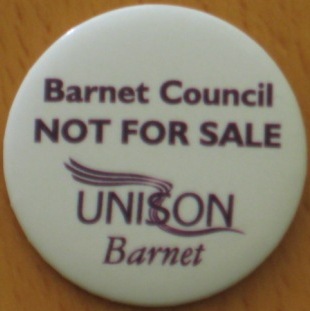 Our Councils decision to take a massive pay increase whilst at the same time telling staff, residents to be ready for cuts in jobs and services has reached local, regional and national attention.

Now was not the time to implement the awards there is and always was an alternative.

Last Thursday I attended the launch of the Barnet Anti Academies Alliance. Guest speaker Alisdair Smith (from Anti-Academy Alliance) spoke passionately about the need to organise in those schools looking to become Academies next term.

It was clear from the discussion in the meeting that staff have not been consulted. It was agreed that we need to build a campaign to have an open and transparent debate before any decisions are made.

Staff, parents, governors all need to take part in the debate.

Barnet Council are promoting Academies and Free schools without any reference to any evidence and without an educational impact assessment having been published.

I attended a Joint Trade Union meeting at Ravenscroft with the Head and later the staff. It was clear from the questions being asked by staff that they had not understood the implications fo becoming an Academy.

There are still many  unanswered questions.

We asked the Head to recommend that no decisions are made until the new term begins. However the Head was clear that it will be the Governors decision on Thursday 22 July.

One of the Governors is Cabinet member Cllr Brian Coleman. The Council passed a motion supporting the move to Academies.

If Ravenscroft decides to go ahead and become an Academy whilst the staff are away on leave the Trade Unions may have to look at declare a dispute.

No school should make a decision of this importance without having the facts before them. Even the financial gains must be clear before the School make sthe decision. Once a school becomes aan Academy there is not going back that is in the Bill.

“Would you buy a house, car without having the details in black and white?”

A big strategic partnership with Capita which was charged with delivering highways, property, finance and pension administration services.

The council sent out the following message: Corporate Message 19 October 2009 – Planning for the end of Capita’s contract with the county council.

The Council’s Cabinet met last week to consider how services are to be delivered when the existing contract with Capita comes to an end on 31 January 2011.

1. Following a several month period of options appraisal into the way council services could be delivered in the future, Cabinet recommended the following:

2. To generally strengthen the council’s client-side capacity across the five service areas currently provided by Capita, by 31 January 2011.

3. To develop options for a public/public service or re-tender for both Occupational Health Services and Pensions Administration, beginning 1 February 2011.

4. To develop plans for a mixture of in-house capacity and use of Framework Contracts for Property Services, beginning 1 February 2011.

5. To plan and develop an integrated Highways, Economic Development and Streetscene Service (potentially with the District Councils), beginning 1 April 2012. From 1 February 2011, this will mean the transfer of some Capita staff to the county council, and initially for a short-term (from 1 February 2011 until 31 March 2012), transfer of some Capita staff to Amey.

6. To explore wider shared services opportunities across the five service areas by 31 January 2011.

7. To effectively manage the transition process between now and 31 January 2011.

The words ‘unhelpful and irrelevant’ were used by a senior officer of the council in our two and half hour meeting with councillors. I know staff are angry, upset about in-house being disregarded. The explanation given at the meeting went something like this:

The Future Shape Cabinet report which was passed on 21 October 2009 is now policy. The policy is that the Council has taken a strategic decision to become a commissioner rather than a provider of services. In which case any talk of in-house bids/options is ‘unhelpful and irrelevant.’

For almost an hour we spent discussing how Adult Social Care decided that there would not be an in-house option. There was confusion because the Acting Director of Adults said no decision had been made. However the Trade Unions referred to a Briefing sent to all staff which said the following:

“Care and Health Solutions recommended that the option to transfer these services to a Local Authority Trading Company with Barnet Homes as a sister company, should be explored in detail at the next stage to develop a final business case.”

I think that is pretty clear to our members that a decision has been made, there will be no in-house option.

The Trade Unions agreed to send the Staff Briefing to councillors and the 46 questions we asked about the Options Appraisal process for Adult Future Shape project.

We made it very clear to that the adult project had been conducted in secrecy and information withheld despite 46 questions raised by the trade unions.

We made the point that we had seen no economic evidence or business case as to why in-house options are not being considered for Adults, Support Services, Regulatory Services, Transport and any future projects.

We said it was our view that Future Shape programme in its current format was a mass privatisation programme.

I will now report back on the how they responded to our recommendations:

a) In-House Options and bids i.e. resources are made available to enable staff, trade unions and senior managers to be involved from the outset and understand the rules.

RESPONSE: There will be no in-house bids.

b) The Council invites the Newcastle Chief Executive to send the Director responsible for developing an in-house bid alongside a tender bid from BT for back office services to come and address a meeting of the top 100 managers and to speak at a meeting of Council staff.

RESPONSE: They have agreed that our Chief Executive will invite Newcastle to come down to speak to the top 100 managers, a staff meeting and a meeting with councillors as to how they run in-house bids.

c) A guarantee that TUPE will last for the length of contract.

RESPONSE: The promised to respond by September.

d) TUPE Plus is adopted by the Council.

RESPONSE: They promised to respond by September.

e) Our Pensions questions are answered before any decisions to outsource are made.

RESPONSE: This is linked to TUPE Plus response.

f) Public Public Partnerships with other local authorities and public bodies are included in the Options Appraisals i.e. cross borough solutions to the funding crisis.

The Economic case for an in-house bid

From what we have seen so far the Councils Future Shape programme appears to be a a return to Compulsory Competitive Tendering (CCT) albeit with a 21 Century makeover.

which you can view here

“Is this the Future for Barnet Council Services?” 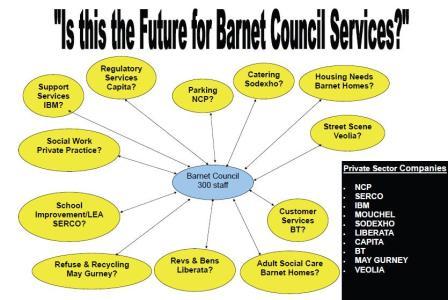 Tonight the Joint Trade Unions are meeting with our Employers (councillors) because of the very real concern that the Future Shape programme appears to be embarking on the mass privatisation of all of the councils services.

Our full report can be found here

We are asking for the following:

a)        In-House Options and bids i.e. resources are made available to enable staff, trade unions and senior managers to be involved from the outset and understand the rules.

b)        The Council invites the Newcastle Chief Executive to send the Director responsible for developing an in-house bid alongside a tender bid from BT for back office services to come and address a meeting of the top 100 managers and to speak at a meeting of Council staff.

c)         A guarantee that TUPE will last for the length of contract.

e)        Our Pensions questions are answered before any decisions to outsource are made.

f)         Public Public Partnerships with other local authorities and public bodies are included in the Options Appraisals i.e. cross borough solutions to the funding crisis.

“Have Adults Social Services and the Council not learnt their lesson?”

The following is a direct quote from the report

A long running dispute exists between the Council and Catalyst concerning the provision of adult social services. The case went to arbitration in February 2010 with a ruling expected in the Summer of 2010. Substantial legal and other professional advice has been given to the Council to ensure it was able to present the best possible case.”

Further on in the report it reveals:

“£731k spend relating to the current costs of the Catalyst arbitration. Although Cabinet agreed to fund these costs from corporate litigation reserve, a decision was taken corporately as part of year end processes that these costs would be met directly by the Directorate from its own resources.”

This was one contract, a long contract 15 years. Back in 1998 Barnet UNISON urged the Council not to make a rushed decision. Senior officers pressurised Councillors into making a decision. We had a report commissioned By Professor Dexter Whitfield detailing the risks and recommending alternatives.

Future Shape is much much bigger. If we don’t start learning from mistakes then the consequences could be massive.

We are asking for the Future Shape Option Appraisal includes a fully resources in-house bid.

So what is there to hide? 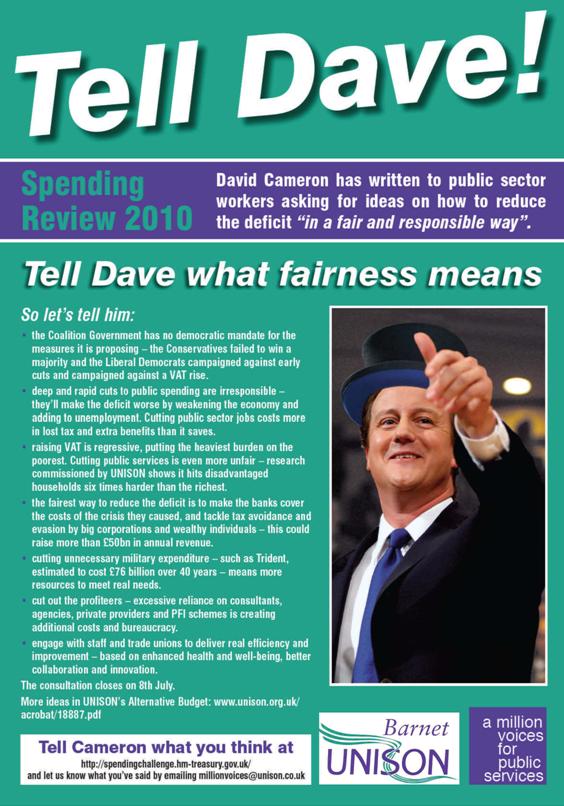