Remember the IBM takeover in Somerset—SouthwestOne?

Remember the ITV documentary on the IBM takeover of Somerset Council? In the documentary the Somerset Chief Executive explained that he visualised other councils queuing up to join SouthwestOne. Think again! The following story was reported in the Local Government Chronicle:

Council’s chief executive has accused councils in the region of “institutional chauvinism” for refusing to join the authority’s flagship Southwest One shared services venture.

Alan Jones criticised councils’ unwillingness to consider efficiency projects devised outside their boundaries after the south-west’s biggest two authorities, Devon and Cornwall County Councils , both signalled they would not join the initiative.

The chief executive admitted that no new councils were currently considering entering Southwest One , despite holding talks with many of its regional counterparts. But he insisted the project was still viable. It is hoped the back office partnership between , Deane Borough Council , Avon & Somerset Police and IBM will save £200m over a decade.

Mr Jones queried why councils were not seeking the savings membership offered and concluded: “The answer has got to do with institutional chauvinism. People want something that has been invented in their patch.”

He added: “Our experience is that people are too conservative and cautious — they look a gift horse in the mouth.”

He added: “ set up Southwest One with IBM very much with the view of having jobs in , which is great for them and the economy. “We monitor it but one of our considerations is providing jobs in our local economy.”

Meanwhile, leader David Whalley (Lib Dem) said of Southwest One: “I don’t start out from the premise that we are inclined to be joining it.”

Kevin Lavery, chief executive of Cornwall, which is shortly to be transformed into a county-wide unitary, said that the council was based in a relatively low-wage area and more likely to run services for other authorities than have them provided elsewhere.

“What we don’t want to be in the business of is exporting jobs outside of , given the economics of the area,” he said.

“Can you Shape the Future of Public Services in Barnet?”

To view details on the Joint Trade Union Group

On Friday 30 January the Trade Unions had a meeting with Leader of the Council & Lead Cabinet member for Adult Social Services.

On 16th January 2009 the Acting Chief Executive launched Phase Two of Future Shape programme (See the Barnet Intranet Future Shape website). The launch made a request for staff participation in the Future Shape Groups, high profile forums meant to meet monthly and report back to Members in June.  However it was the absence of any role for the Trade Unions in these Groups that left them no option but to seek a meeting with Councillors. The Trade Unions were also concerned that regular meetings with the Future Shape team were not taking place and that the formerly amicable relations were starting to break down

There has been a lot of information about Future Shape. There have been some allegations that the Trade Unions have been scaremongering about the dangers of mass privatisation (something we have always denied). However closer scrutiny of the last two Cabinet Reports and Future Shape Groups on the intranet quickly reveal good reasons why both staff and Trade Unions feel uneasy about the direction Future Shape is heading.

The Trade Unions and staff were interpreting this and other comments to mean that the Council was going to carry out a comprehensive review to identify what are the statutory services they have to provide (“only do what it is obliged to do”) and everything else could be prepared for procurement ‘quick wins’.

The Joint Trade Unions view is that the majority of staff work in services that are not statutory hence our concern that there was going to be mass procurement/tendering of services/staff. That was until last Friday when we aired our concerns to the Leader. We had a frank exchange of views. It was in one of these exchanges when the Leader provided a comment on his and the Cabinet’s view of Future Shape so far.

He was unequivocal that no decision had been made, was proud of the excellent services being provided by the staff adding that Cabinet were still to be convinced of the merits of the model being proposed for Future Shape. We said that it would be good if staff could hear this statement themselves, so as promised, the Leader has provided the following statement:

“The staff work streams are focussing on the ‘how’ before we move onto the ‘who’. Once we get to look at the ‘who’ it may be that we partner with other organisations to provide a service in a different way.  Equally, it may be that we continue to provide a service because we are the only organisation that can achieve sufficiently high quality at sufficiently low cost.  This is an interpretation the Council does what only the Council can do. Clearly we have many excellent services and we would not embark on unnecessary disruption, but we would be in favour of change if we were confident it would bring significant improvements in quality and value for money”.

What followed was a discussion about where we were in the process. The Leader felt the Trade Unions had ‘jumped the gun’, we were told the Groups are brainstorming sessions looking at ‘How’ we could provide services in the future. Clearly the next stage would be looking at ‘Who’ could provide those services. This crucial distinction is important as the Trade Unions are concerned that possible “service delivery models” could be identified in June 09, with little time and resources available for work to be done on in house services. We asked that a detailed explanation on the timetable and key milestones on Future Shape be provided on the Councils intranet/website.

Finally we had discussions about possible working across public services in Barnet, the Group which will be looking at this is called:

“Barnet Support incorporates the full range of ‘back office’ functions, HR, ICT, Legal, Finance, Audit, Procurement. Public private partnerships in this area are already reasonably commonplace. The focus for this group is to determine the future requirement for these services in the context of a Council that is externally focussed on the place rather than on itself as an organisation. Might there be, for example, a trading opportunity to sell a set of support services to Businesses in Barnet or to other London Boroughs?”

There is still quite a long way to go. Communication is clearly going to be important. The Trade Unions have had their proposal to sit on the Groups rejected so we will not be able to feedback on the progress of the Groups. We will be submitting comments to the Groups and will communicate our contributions to our members…….watch this space……………

Future Shape – Why we chose Dexter

In 2008 the Audit Commissions published their report “For better, for worse” (their title not mine!) , providing a national analysis on Strategic Service delivery Partnerships SSP’s)

Yes, more jargon. SSPs are long-term public private partnerships (PPPs) through which contractors deliver a service or range of services for councils

“There are clear drawbacks for councils when SSPs do not succeed.”

Of the many SSP’s we found there was one example of an in house bid being tabled. The in house bid was in Newcastle City Council.

Dexter Whitfield worked with the UNISON branch and the Council to prepare the in house bid.

The private contractor that tendered a bid was BT.

The in house bid won.

That is why we want Dexter to crucial support on the Future Shape consultation. 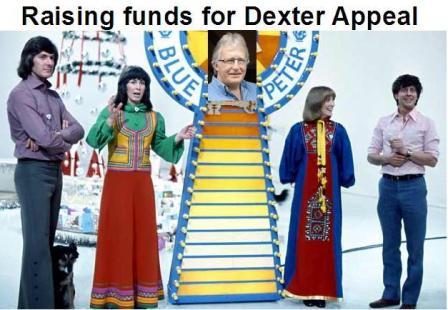 I have for some time been in discussions with HR regarding the implementation of a Dress Code for all Barnet Homes employees. The intention is for all employees, not just those meeting our residents, to adopt a code of dress to be enforced by managers.

There have been more than one draft and I have failed to agree on any of them for reasons such as culture, personal choice, cost – in the present climate and the fact that we are presently going through desperate times when there isn’t even job security and redundancies are imminent.

Although we would all agree on cleanliness and having regard to health and safety I do not see the benefit in prohibiting jeans, t shirts and some ‘military style clothing’ all of which in this day and age are not necessarily unprofessional.

It is now for you all to provide your feedback in team meetings and let your voice be heard.

In the UNISON office, Building 4, NLBP

Dates for future meetings are-