Please take opportunity to listen to the science

What is the difference between working for TBG Flex and having a Barnet Homes Contract ? 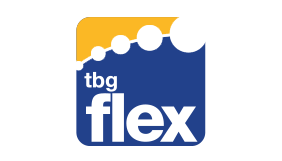 If you joined the Barnet Group after 2017 you don’t actually work for either Your Choice Barnet [YCB] or Barnet Homes – Your employment contract is with TBG Flex.

So, what is TBG Flex?

TBG Flex is an employment company set up by the the Barnet Group with the purpose of not allowing entry in to the Local Government Pension Scheme [LGPS], giving employees inferior Terms and Conditions, lower Pay  and longer working hours than staff who were employed before 2017.

TBG Flex Annual Leave is capped at a maximum of 25days for workers or 30 days for Directors and the CEO.[excluding Bank Holidays]

For staff employed before 2017 – at least 29 days for all staff. [excluding Bank Holidays]

TBG Flex Sickness – For TBG Flex staff – capped at 2 months full pay and then Statutory Sick Pay[SSP] of £95.85 per week for a maximum of 28 weeks.

For staff employed before 2017 – Sick Pay is capped at 6 months full pay and then 6 months half pay.

TBG Flex Overtime – For TBG Flex – No overtime rate – except for Christmas day which is paid at double time. The same applies for workers in YCB who were forcibly ‘opted out’ of Nationally Agreed Pay.

For staff employed before 2017 –Monday to Saturday Time and a half –  Sundays and Public and Extra Statutory holidays Double time (min 2 hours).

TBG Flex Pension – upto 5% paid in to your pension [matching your contribution] as an employers contribution [10% for Senior managers, Directors and the CEO] – for every £1 invested by the worker TBG Flex invest £1.

TBG Flex Continuation of Service [with other Local Government employers] – No

For staff employed before 2017– Yes – which means your accrued Annual Leave, Sickness Benefits, maternity pay and Pension is transferred to the new employer. This also means that your continuous service with other Local Government employers is recognised in relation to redundancy payments. 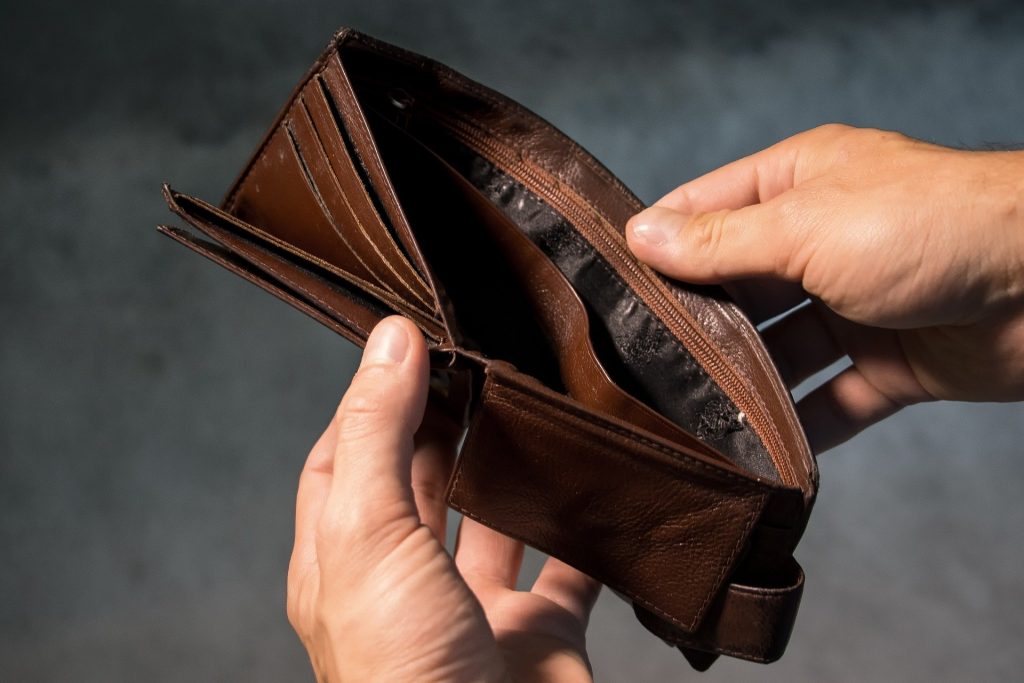 TBG Flex Pay – Evaluations of jobs reached by using the ‘HAY’ pay model – this evaluation scheme, in general  ‘rewards’ jobs at the lower and medium end [most workers] with lower salaries than Barnet Homes contracted workers and at the higher end [senior management] with higher salaries.

Any Pay Rise has to be signed off by the Barnet Group Board.

For staff employed before 2017 in Barnet Homes –  Evaluations of jobs reached by using the ‘Greater London Provincal Council’ [GLPC] pay model – this evaluation scheme, in general  ‘rewards’ jobs at the lower and medium end [most workers] with slightly higher salaries than TBG Flex contracted workers and is consistent in ‘rewards’ offered across the business/council.

Any Pay Rise is Nationally Negotiated and implemented as soon as agreed.

N.B. This does NOT apply for workers in YCB who were forcibly ‘opted out’ of Nationally agreed pay –  they have NEVER received a payrise since YCB’s inception. 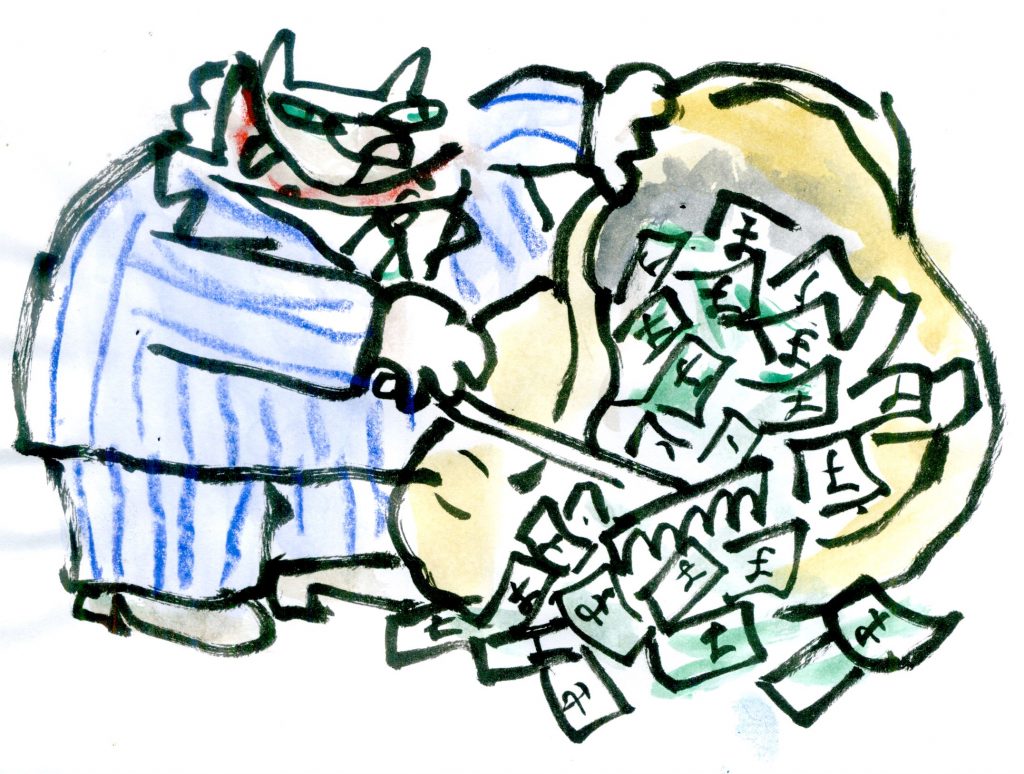 And the list goes on – TBG Flex workers have less Maternity Leave and are paid less should they be made redundant.

Help us achieve that – Join Barnet UNISON – Help us fight for Local Government Terms and Conditions, Pay and working hours in the Barnet Group

Our fight to end low pay 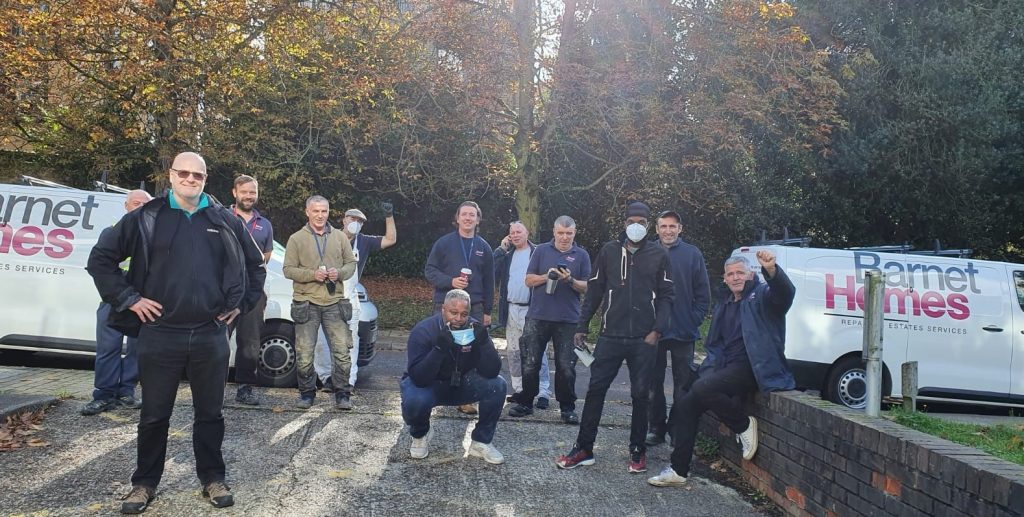 There is definitely a mood in the air here in Barnet.

I can’t put my finger on it but it is there.

In the last few weeks our reps have been going into workplaces and recruiting both members and reps in services where staff have been working throughout COVID, services such as care homes, waste and recycling, street cleansing, housing repairs and gas services, parking enforcement and passenger transport to name but a few.

One of the major issues is that they are all low paid workers and they quite rightly feel they are not being paid enough, especially when you consider they have worked on throughout all the restraints caused by the virus.

For the past six months these workers have been directed into the COVID workplace by senior managers all working from the comfort of their homes.

Being able to work from is not an option for these workers.

While senior management are saving money on transport costs because they can work from home these workers are paying the rising costs of public transport to get to their workplaces.

Today was no exception. We met a group of workers in the Repairs and Gas Service who had recently TUPED into the Barnet Group from Mears. There were many serious issues raised, all of which can and must be dealt with by our union.

What was great about the meeting was that this previously un-unionised workforce quickly grasped the importance of union membership in the workplace. Not only have they already begun to recruit the whole of the service, they have understood the need to have local reps and we recruited two union reps and one Health and Safety rep.

I never get tired of working with members and today reminded me of what we can do if we have the confidence and support of the workforce.

Today is but the beginning I sense things are going to get interesting here in Barnet over the next six to nine months.

Pay Rise for Some – NOT for others? Must be The Barnet Group 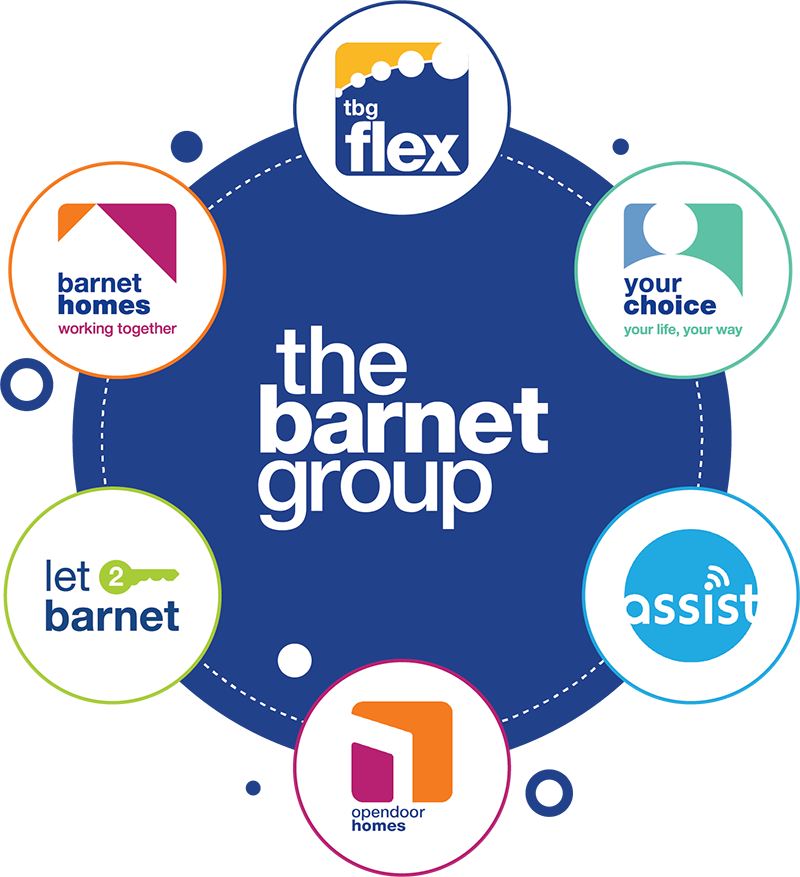 UNISON been informed that if you are a Barnet Homes Contracted member of staff that you should receive the 2.75% nationally agreed pay rise in your October pay – this will be backdated to April 2020.

If you are a TBG Flex Contracted member of staff working in Barnet Homes – the pay rise your Barnet Homes colleagues receive as part of their Nationally agreed Pay and Terms and Conditions, will be brought to the TBG Flex Board for hopeful approval the next time it sits – IF AGREED by the Board you will receive the 2.75% increase, which should be back dated to April – As yet UNISON has not been notified as to when the TBG Flex Board will meet to make this decision.

If you are a TBG Flex member of staff working for Your Choice Barnet – The Barnet Group have informed UNISON that you will NOT receive any Pay Rise.

If you are a Your Choice Barnet contracted member of Staff – The Barnet Group have informed UNISON that you will NOT receive any Pay Rise.

If you are a Your Choice Care [ex Fremantle] contracted member of staff – The Barnet Group have informed UNISON that you will NOT receive any Pay Rise.

UNISON is waiting for The Barnet Group to advise UNISON on whether staff in Your Choice Care will receive the London Living Wage as a minimum.

Please, please, talk to your colleagues about the Pay inequality in The Barnet Group and get them to join Barnet UNISON –

HELP US HELP YOU TO FIGHT FOR EQUAL PAY AND TERMS AND CONDITIONS IN THE BARNET GROUP!!!!! 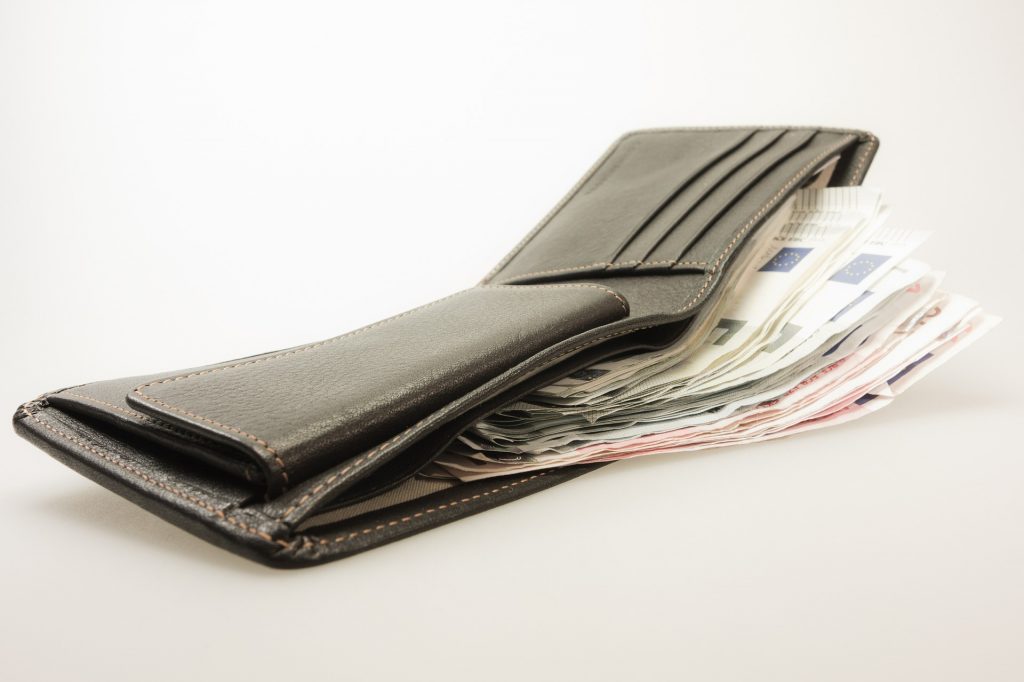 Repairs Consultation in the Barnet Group to begin 7th of September 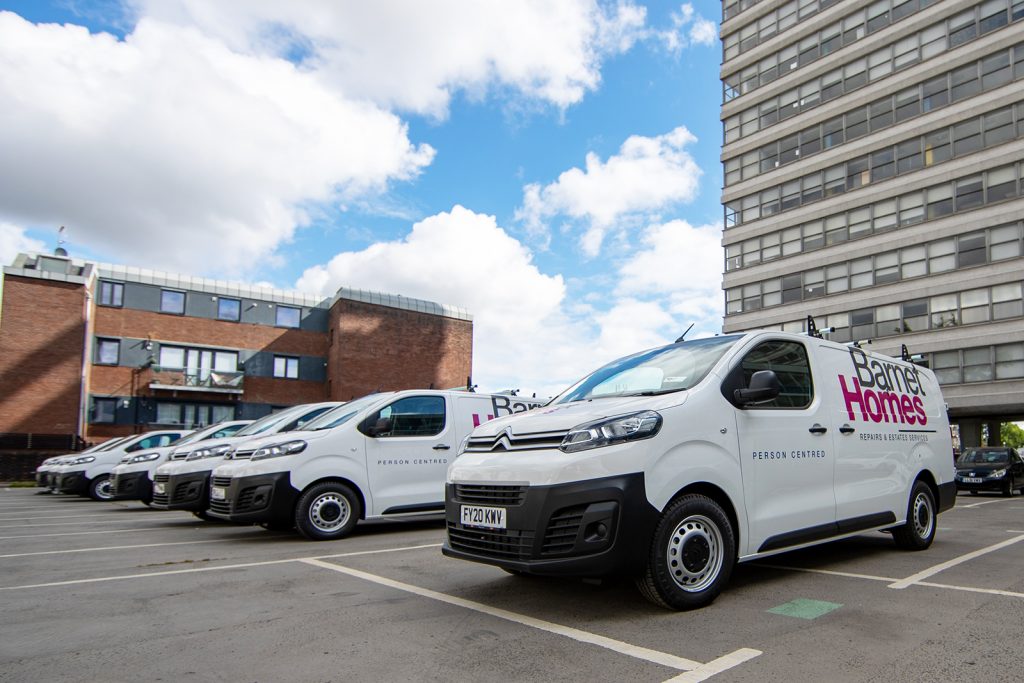 The Repairs Consultation will start on Monday 7th of September.

I will be at the Grahame Park Housing Office on Monday from 9am to offer you support. 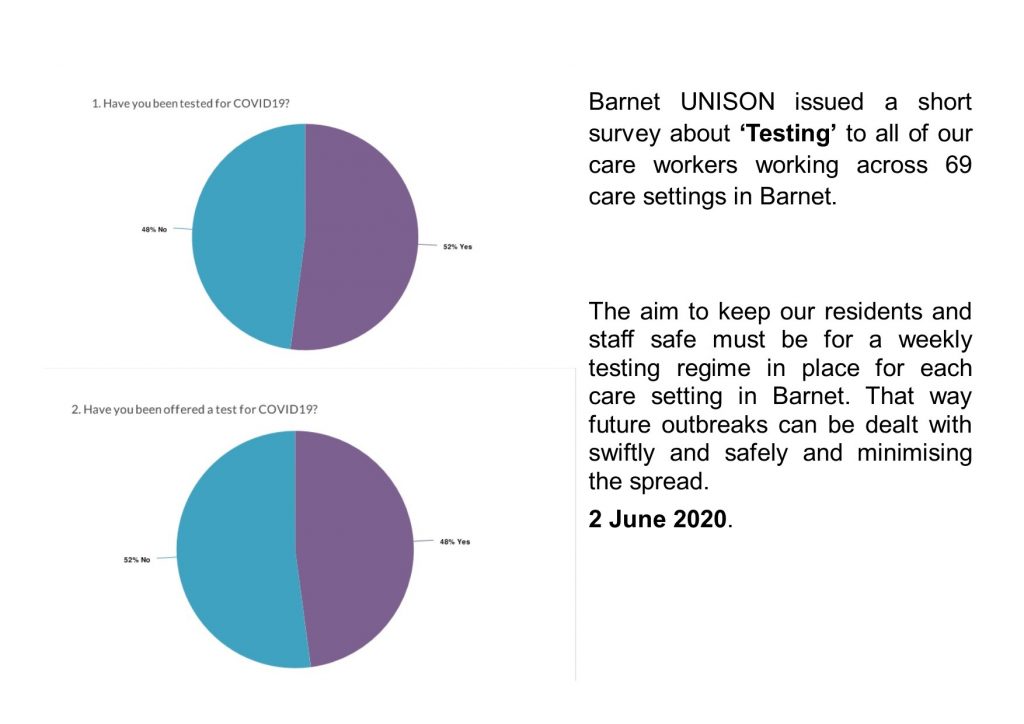 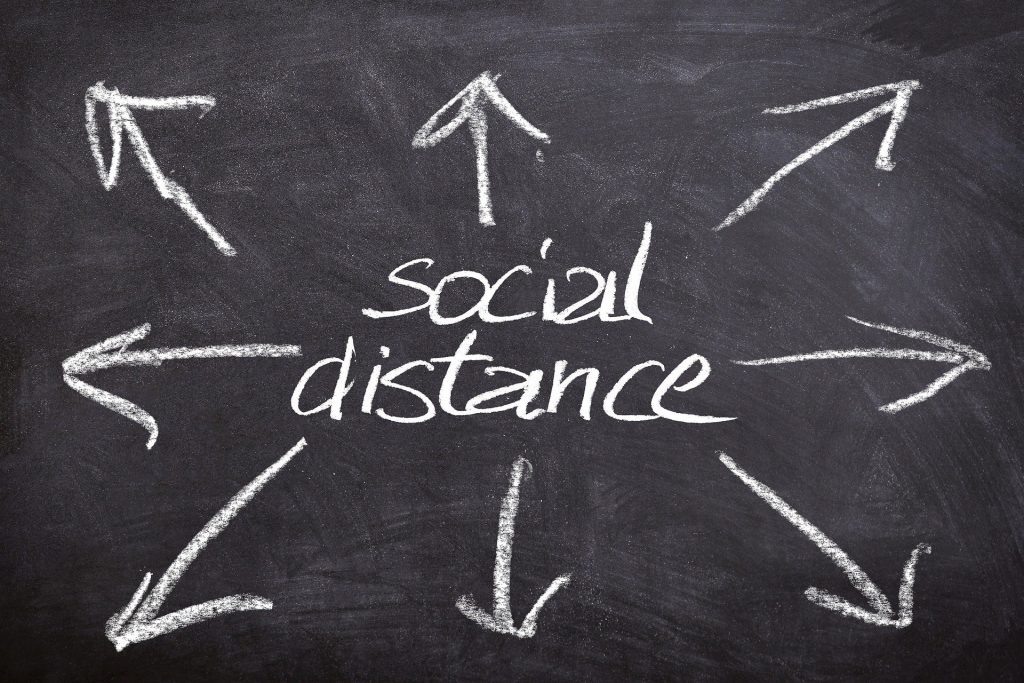 3 Employees living with / caring for the vulnerable or extremely vulnerable

6 Employees who have childcare responsibilities

7 Employees who are feeling anxious about returning to work

If you need any help with this advice please contact the branch office at contactus@barnetunison.org.uk 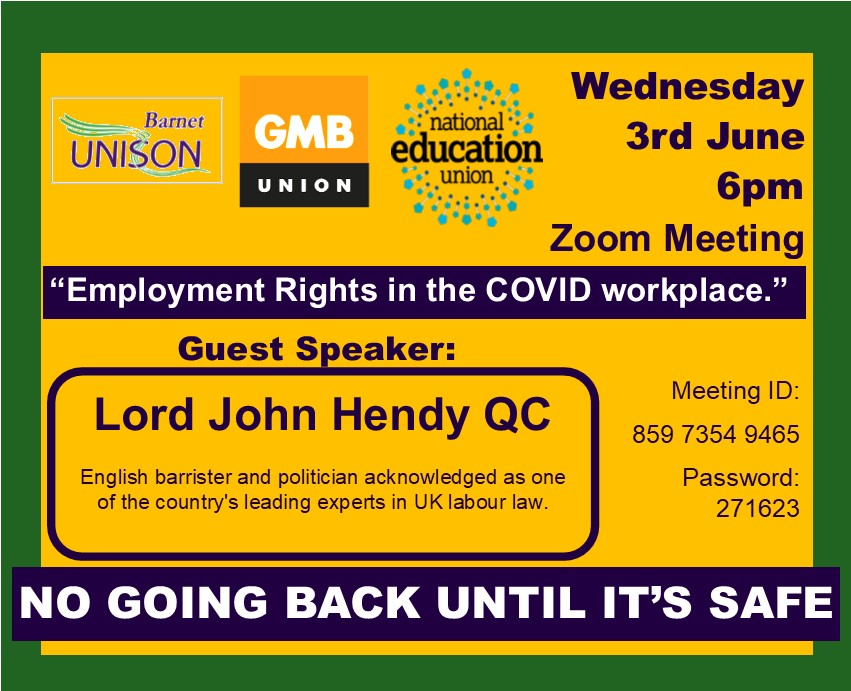 We will be discussing the latest proposals in regard to the restructure of housing services.