Another Capita Failure in Barnet, Payroll this time………… 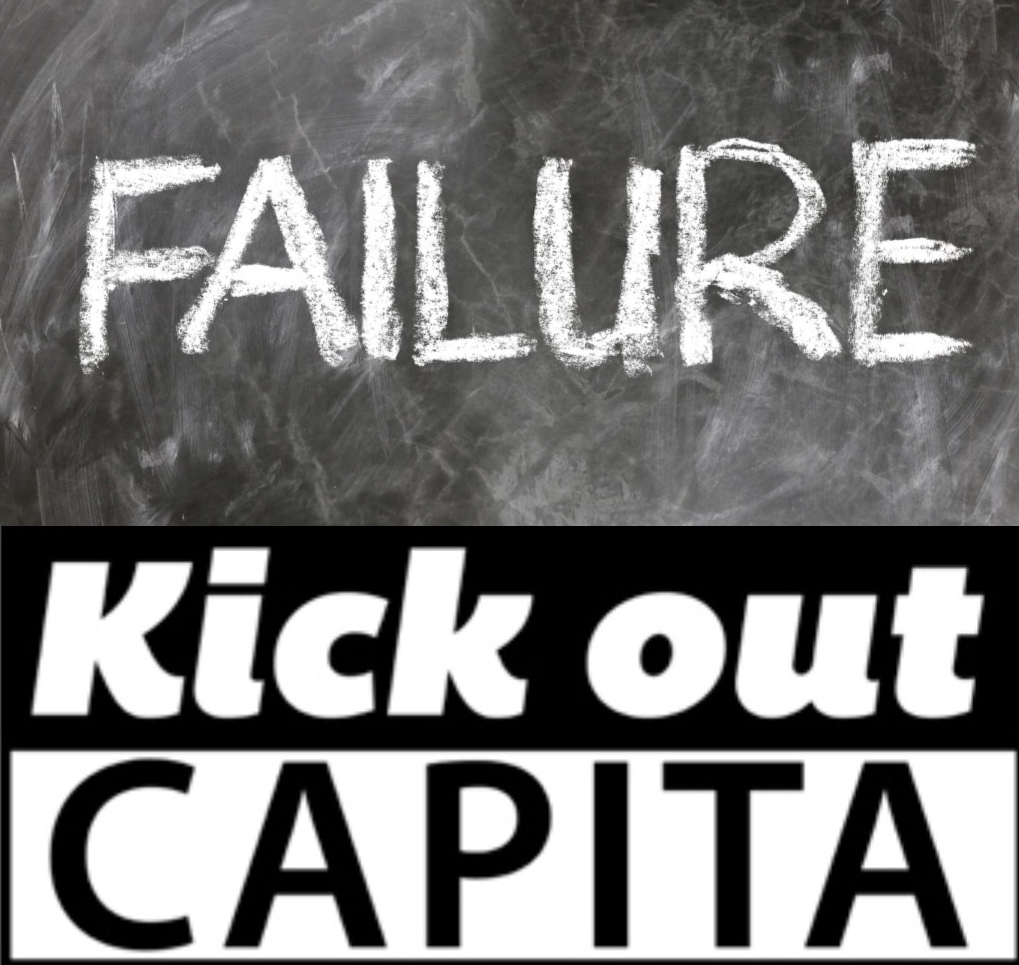 Late Friday afternoon 27 April 2019 Barnet UNISON were contacted to say that Barnet Council staff who had previously opted out of the Council Pension scheme had been enrolled back in.

Whilst Barnet UNISON supports and encourages members to join the Council scheme, workers do have the lawful right to opt out.

Barnet Council must obey the law and in this case this means they must auto enrol workers into the Council Pension Scheme. However, they must give notice to the worker and advise them of their right to opt out.

This did not happen.

You really have to be in a Council meeting to believe what happens. Year after year different Capita managers roll up to give excuses and make promises that the latest service improvement plan will improve the services.

What is unbelievable is that Councillors are still accepting this serial offending.

All the while Capita are raking in the millions from Barnet Council.

We are in Year Six of a Ten Year contract and the two Capita contracts have cost £145 million pound more than they were originally contracted to be paid. 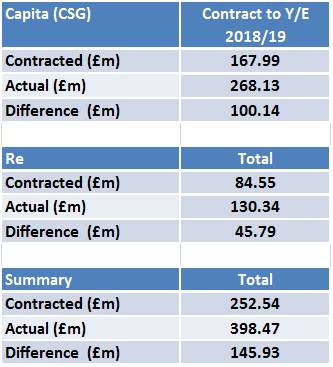 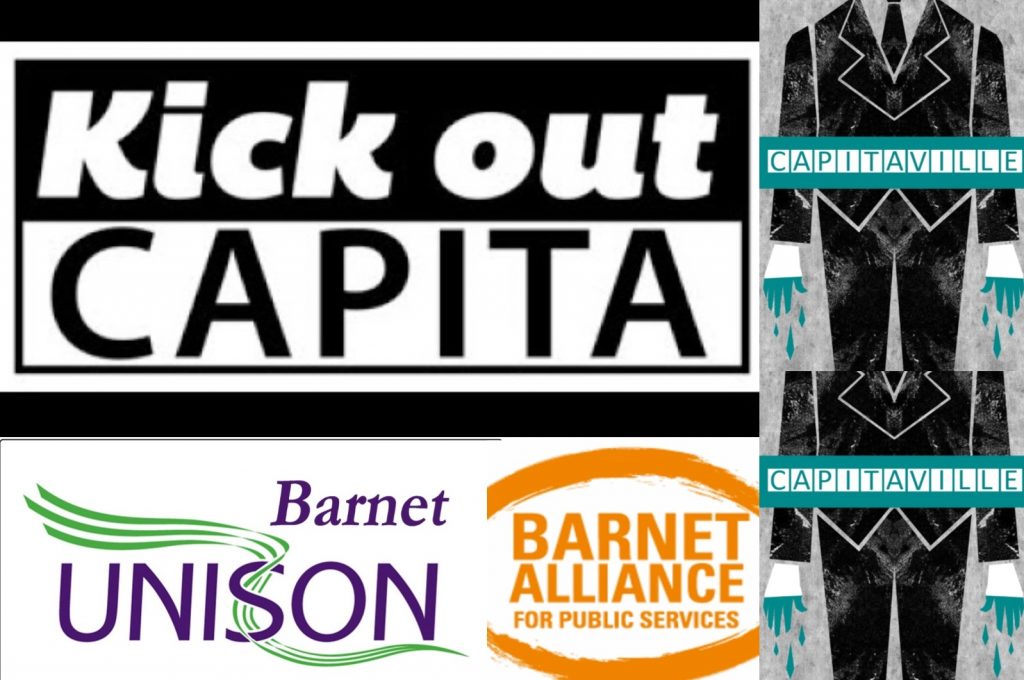 Organised by Barnet Alliance for Public Services and Barnet UNISON

To hear evidence from residents, trade unions, politicians on what Capita has done in Barnet and elsewhere and end with a set of recommendations.

Barnet Council felt obliged to commission Grant Thornton to identify how such a large scale fraud was possible. This project could cost up to half a million pounds of tax payers’ money.

Barnet Council is in financial crisis with a budget overspend of £10.3 million this financial year and a funding gap of £66.8 million over the next three years.

Front-line services such as street cleansing, waste and recycling, libraries and social care are all facing more and more cuts that are already affecting Barnet residents.

Capita is having difficulty with its own finances

Rescue our Pensions from Capita now

Another failure to handle with our members Pensions !

How can the Council defend the indefensible by allowing Capita to handle our Pensions!

Bring our Pensions back now 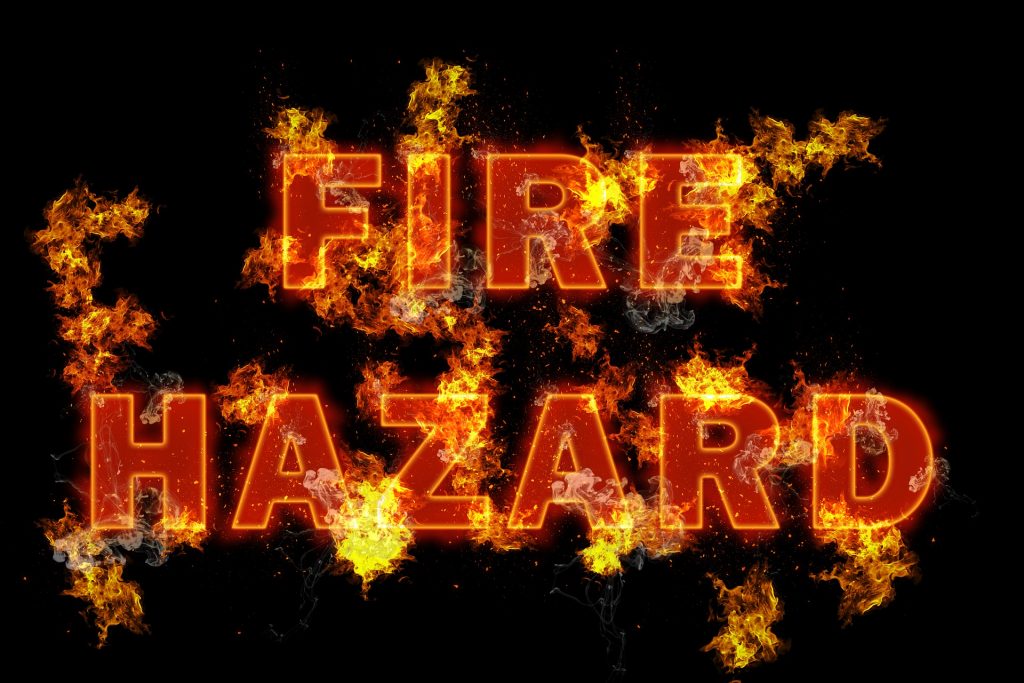 Over the last year Barnet UNISON have been very concerned about Fire Safety in Barnet Libraries.

This arose because the Council were slow in providing Fires Risk Assessments (FRAs) for Libraries and in complying with the actions resulting from these assessments.

During 2017 Library buildings were altered as part of the Library Program. This included internal structural changes and the installation of technology to permit unstaffed opening hours. These changes meant that the building’s Fire Risk Assessments (FRAs) needed reviewing and replacing.

In addition a new Library, Finchley Church End was opened in September 2017 which also required a Fire Risk Assessment

UNISON began asked the Council for these Fire Risk Assessment prior to library staff returning to each site and before the Libraries opened to the public.

However the Council only produced these FRA weeks and months after library staff and the public were admitted to the Libraries.

1. North Finchley Library reopened to the public on the 12th June 2017

The FRAs when they were produced identified a number of actions for the Council to carry out. The majority of these were described as a

The deadline for complying with most of these actions was three months from the issue of the FRA.​​

A few of the issues are listed below:

Barnet UNISON have been inspecting Libraries to see if the FRA actions have been carried out. In most cases these have not been completed. UNISON have raised this at a number of escalating meetings to the highest level and in our inspection reports.

But no real evidence was presented to Barnet UNISON by the Council that most of the issues had been resolved. Barnet UNISON informed the Council on a number of the occasions that if this continued we would be compelled to contact the Health and Safety Executive (HSE) to report our concerns.

Despite this the Council failed to meaningfully respond and with regret Barnet UNISON reported our concerns to the Health and Safety Executive.

The Council have since then provided UNISON with a plan of works to act upon the FRAs but while this is welcome. These action should have been completed months ago.

The Council inaction has in UNISON view being largely caused by various Council/Capita management teams’ failure to take responsibility to have the Fire Risk Assessment in place in good time and to respond in sufficient time to resolve the problems identified in these assessments.

Barnet UNISON do not believe these failures have been due to library staff on site, who have reported these problems according to Council  procedures and to their Trade Union , and who have themselves been put at risk by the Council.

Barnet UNISON will continue in our campaign to make Barnet Libraries safe for our members, all Library staff and the public.

To this end we call on the Council to:

Please note: The following services are provided by #Capita: 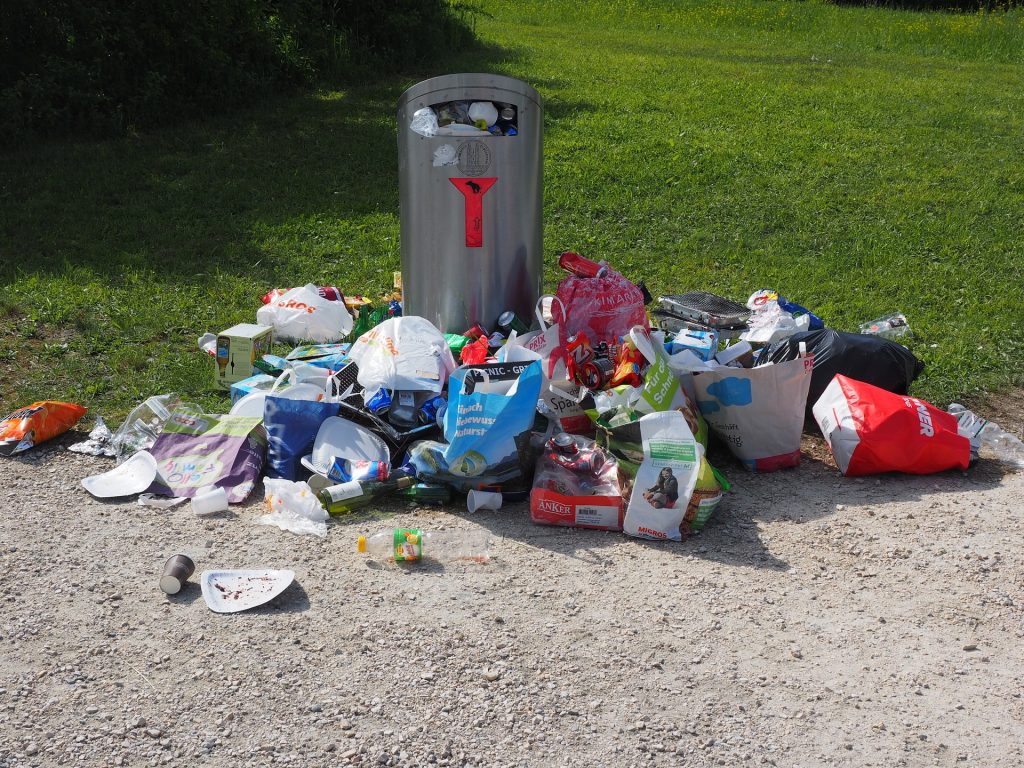 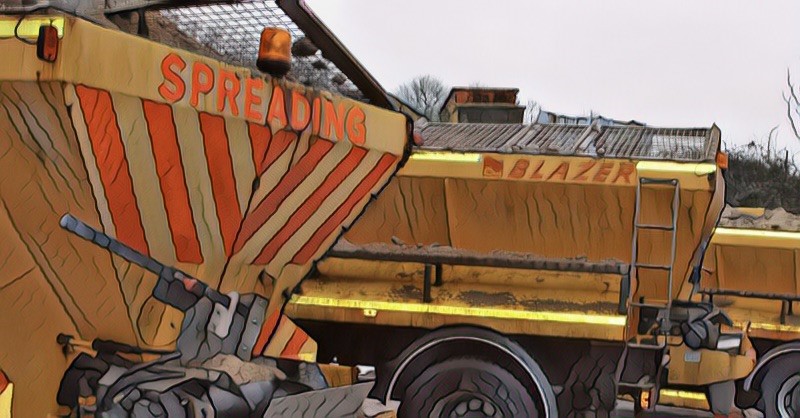 It has not been outsourced.

However there have been changes to the Gritting service since Re (Capita) were given a contract that included the Highways Services.

If you go to Barnet Council Winter maintenance web page you will see the contact details for Re, view here https://www.barnet.gov.uk/citizen-home/parking-roads-and-pavements/Roads-and-Pavements/Winter-Maintenance.html

The implications of trying to run services with multiple partners, each of whom will have their own agendas, was probably not discussed thoroughly by those councillors who rubber stamped the outsourcing of key environmental services to Capita.

I know it wasn’t discussed because I attended every single council committee meeting for years, desperate to see some semblance of scrutiny. What I witnessed, was no scrutiny of claims in favour of outsourcing made by senior council officers, long since gone from the Council.

Back to the Gritting service.

The Gritting service prior to privatisation made their own decision as to when they went out to grit roads, now they have to be instructed by Re (Capita).

It is really important to note that fact.

I am writing this post in defence of our members who carry out this service.

There has been a great deal of anger from Barnet residents about the lack of gritting that led to the chaos on the streets of Barnet.

I just want to make it clear if my members in the Gritting service had been asked to go out, they would have gone out.

The question that must be asked is why were they were not asked.

I have asked and I am still waiting…….

Many residents are blissfully unaware that Barnet Council sold Mill Hill depot (in the exact centre of the borough) without securing a suitable location for a new depot. This has resulted in services being scatted over a number fo sites. In the case of the Gritting service, it was moved to Harrow. This means they have to drive from Harrow and drive into Barnet to begin the routes, then drive back to Harrow to pick up more grit.

The workforce can’t believe councillors could make such a decision and neither can Barnet UNISON.

Capita Re: What is EG Works Manager? 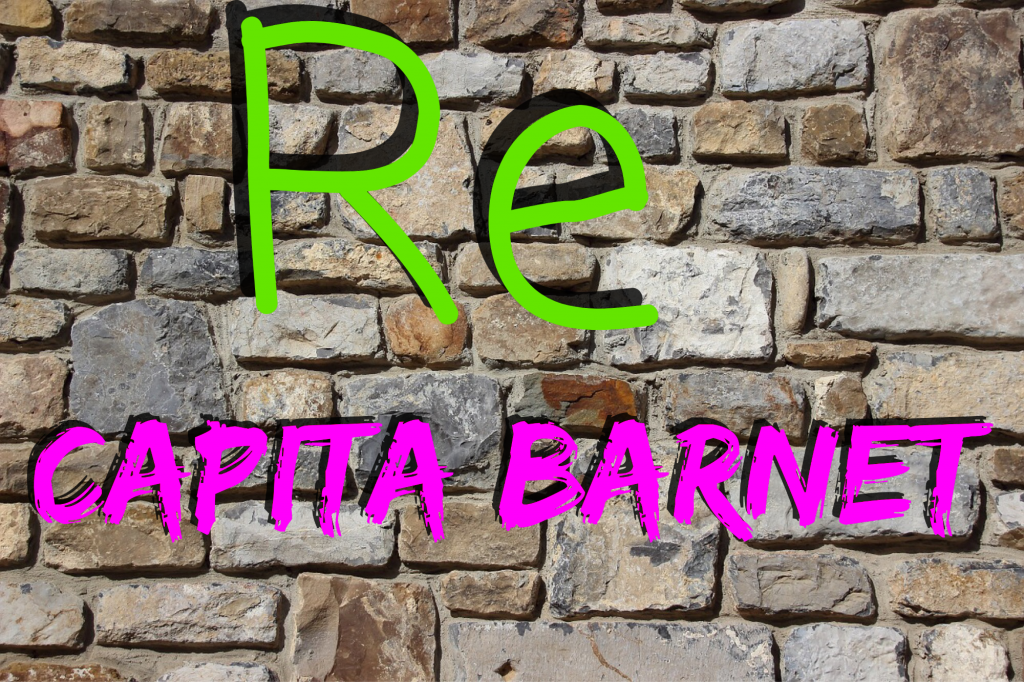 We have had a growing number of worrying reports about EG Works Manager.

We understand it is a new programme designed to monitor everything that you do.

It sounds very much like what was known back in the mists of time as a “Time and Motion” survey.

A ‘Time and Motion’ survey woul

d involve an employees following a worker around the workplace all day, recording everything, and I mean everything, including when they went to the toilet.

Barnet Unison understand that staff are going on training in order they are able to use it as early as December 2017.

A question for Barnet UNISON members working for Re

“What do you think about EG Works Manager?”

If you have any concerns, please do not hesitate to contact the Barnet UNISON office in confidence.