Strike ballot on Pay is coming………. 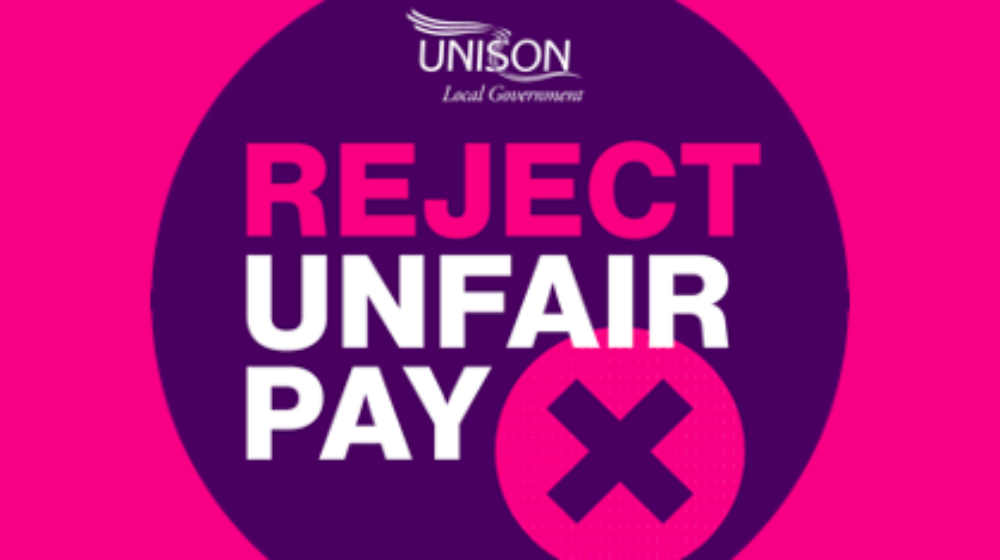 Read message from UNISON below

Over the last few weeks you should have been contacted by UNISON to ask if you wanted to accept or reject the local government employers’ offer of a 1.75% pay rise, for council and school workers in England, Wales and Northern Ireland.

Yesterday we received the results and 79% of those who voted, voted to reject the offer.

Today, the committee you elect to make key decisions on members’ behalf, decided that we should move to ballot members to ask if you are willing to take industrial action. You can read more about the decision on our campaign site:

The strength of feeling amongst the members that voted is resounding – 79%! This is not surprising considering what an inadequate, unfair offer it is. Over the last 18 months you have gone above and beyond to keep vital services going, often risking your own safety to do so. Yet, you were offered a real terms pay cut (considering inflation has been above 3% for some time now), and the value of local government pay has fallen by 25% since 2010.

I do not want us to underestimate the task we have on our hands – we need absolutely every member to vote in the upcoming ballot.

We hope you will receive your ballot papers in November or early December.

Thank you for your dedication over the last 18 months.

Your union is proud of you and we’re fighting to get you what we know you deserve.