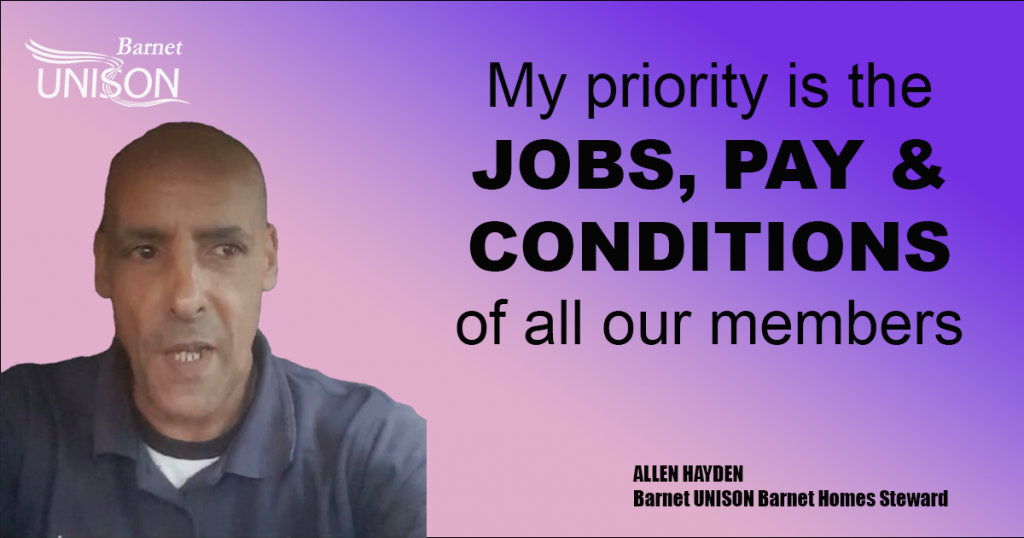 “We worked through Covid, we were clapped and applauded by everyone for the essential Public Service we give to the Public, our reward? To be treated like this!” (Repairs worker).

“Barnet Councils Local Authority Trading Company, The Barnet Group, won’t even give sick pay to a worker who was injured at work, we shouldn’t have to strike for something so basic, but we will, if they don’t see sense.” (Repairs worker).

Barnet Councils Local Authority Trading Company, The Barnet Group, won’t even give sick pay to a worker who was injured at work, we shouldn’t have to strike for something so basic, but we will, if they don’t see sense.

Barnet UNISON noted the intention of paying sick pay to all workers in repairs by giving them the opportunity to transition to a new contract 1st August. Barnet UNISON this intention had been signaled in talks with the trade unions since last Autumn. A colleague is currently off sick following an accident at work and despite there being light duties he could have done; he was sent home with no sick pay as per his contract.

Barnet UNISON the offer of a loan as a remedy but highlight the difficulty in low paid workers being able to pay back any loans. As we are so close to these colleagues being on the new contract, we were looking for a resolution which would put money into this worker’s account to relieve his difficulty. As a new starter this worker would have had access to sick pay. The treatment he has had does not recognise his dedication to his job, residents, and other colleagues. He worked throughout the pandemic.

Barnet UNISON discussed the possibility of making a payment in any other way.

We failed to agree a way forward with Barnet Homes senior management.

Our Trades Dispute: Failure to agree adequate support of an employee during their sickness.

Barnet UNISON carried out their own consultative strike ballot.

Barnet UNISON has reiterated that we are still open for talks. We have agreed to a meeting on Wednesday 27 July 2022 where we hope commonsense will prevail to avoid strike action. However, because of the outcome of our consultative ballot we will be submitting our Industrial Action request to UNISON London region next week.