Why we must fight for a Pay rise and not a Pay cut. 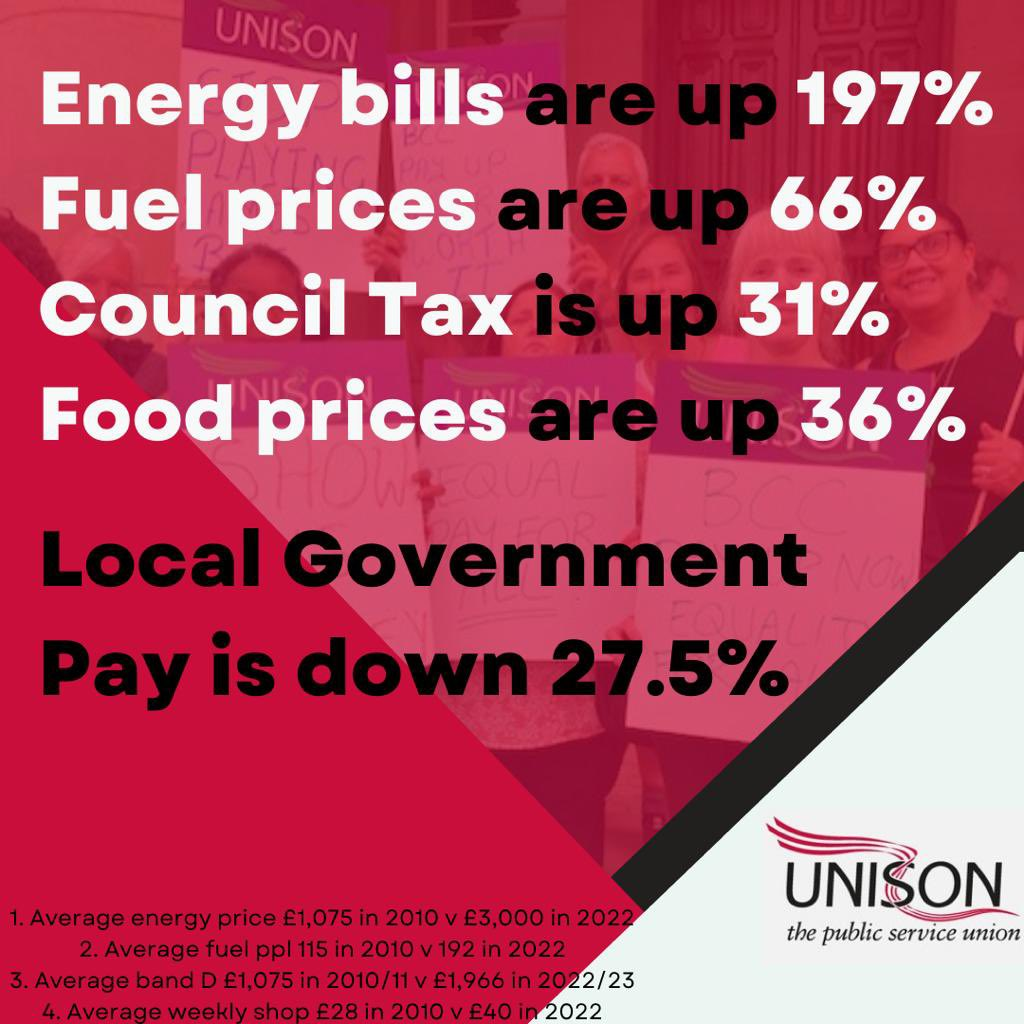 Barnet UNISON reps at our Branch Executive meeting agreed that Barnet UNISON would make a recommendation to our members to reject the Employers offer.

Below are some of the reasons why we have taken this position.

Politicians claim there is no magic money tree

What Tory Austerity Policies are doing to us.

What can we do?

Barnet UNISON members are going to carry out a National Pay survey. It is important that every single member completes the survey and posts it back. First, we need over 50% of members to vote in the survey. Second, we want most of those voting to Vote Reject.  “UK inflation could reach 15% by start of 2023, experts say” Every month inflation rises makes this offer worse for more of our members.