101 years ago today women in Russia began taking strike action and this sparked the revolution of 1917. In those times this day was called “International Working Women’s Day”.

UNISON is the one union in Britain dominated by a female membership. We should take inspiration from our predecessors.

Have you completed your ballot on pay? Today is the last day of the ballot so please have your say and make your voice count.

We recommend a rejection of the offer on the basis that the public mood is with us and we believe we can do better than accepting below inflation pay ‘offers’.

“Grave concerns of the Pensions Fund Board with the current situation concerning Messrs Capita.”

“I want to thank members of the Pension Board in particular the Chair for the statement above. Barnet UNISON had already raised a large good deal of the concerns detailed in the audit report mentioned at the Pension Board meeting with our employer. We share the grave concerns expressed so concisely by the Chair of the Pensions Board, however we do not share the optimism of the Council that a service improvement plan will be sufficient. Shortly after Capita took over the Pension Service, staff were made redundant as the service was moved to Darlington. The service is not comparable to the in-house service provided by our members. It our view that the Council should begin negotiations for the service to be brought back in-house. Joining a Pension Scheme is one of the most important financial decisions a worker can make, which is why I am inviting UNISON members who are in the Local Government Pension Scheme to join me at the Barnet Council Pension Fund Committee meeting on Monday 26 February 2018, at 7 pm Hendon Town Hall”  (John Burgess, Branch Secretary, Barnet UNISON)

Transcript of audio is below:

“It would be an understatement to say this is the most important item on the agenda this evening.

In this context I must remind us all that the London Borough of Barnet Pension Fund Board acts in support of the Pensions Committee.

It is the Pensions Committee of the London Borough of Barnet which is, I think, composed exclusively of Councillors which is as it were operationally in charge of our the entire pensions operation.

I would be derelict in my duty as chair of your board if I did not put on the record for our minutes the grave concerns of the Pensions Fund Board with the current situation concerning Messrs Capita.

Now I am pleased to say that I have observer status on the Pension Fund Committee.

The Pension Fund Committee will be meeting later this month.

The reason that I am an observer there at the next meeting is actually, technically, formally speaking, to present the annual report of the Pension Fund Board to the Pension Fund Committee.

In that connection, I would like to first move formally from the Chair that the report we have just been discussing, although it is already a public document, none the less that it be communicated formally to the Pension Fund Committee.

Can I take that as approved?

I must then point out a certain chronological scenario and my understanding of the contract between the Borough of Barnet and mentioned Messrs Capita, is that it provides inter alia for a series of remedy notices as an official term to be issued and members of the Pension Fund Board, will know, that one remedy notice the first was issued, I think last year, last August after the Borough was fined by the Pensions Regulator.

I’m not saying that it is imminent but I wouldn’t be surprised if that was the case.

My understanding is and I am advised that if a third remedy notice is issued this would mean, I am very much looking to my colleague on my immediate left, to correct me if I am wrong, that this would mean that the borough would be at an imminent state of taking back the contract, yes?

Thank you I am grateful for that clarification.

Our job is to advise the Pension Fund Committee, encourage and support and that’s the purpose of the statement I am making.

In that connection, summarising very broadly there are two overriding concerns that this board has, our main concerns communication with members and the quality of the data.

There are other concerns, but those two top ones, and when I present the annual report of this board to the Pension Fund Committee at the end of this month and when presumably now we have agreed I should also present formally the report we have been discussing.

I shall advise, encourage and warn the Pensions Fund Committee to be exceedingly vigilant on these issues, before the next meeting of the next of this Pension Fund Board, of course this will be an item it goes without saying at the next agenda

Ok, anyone else want to speak?

Thank you very much.

Join @barnet_unison “Save it, Sort it, Recycle everyday”

This represents 26% of the total income provided by our members.

In 2017 our branch carried out a consultation on branch funding.

92.86% of members voted for a change to our current funding arrangement.

Our branch notes that our national union recorded surpluses of approximately £10million and £3million in the 2015 and 2016 accounts respectively, and holds reserves of over £200million.

Our branch has been fighting Barnet Councils ideological obsession with outsourcing for over a decade.

Our branch represents members working for 189 employers (as per WARMS on 24th November 2017).

Our branch receives no resources to represent a significant number of our members working in the private and voluntary sector.

Our branch believes it is wrong to take members’ money if our branch is not able to provide basic support and representation.

Our branch notes that National Pay bargaining has continued to fail our members.

Our branch notes that it is simply unacceptable to expect our members to wait and hope for a change in government in order to end the public sector pay freeze.

We want our branch to be able to use all of our resources for the many not the few.

The fact remains that the overwhelming bulk of this work is done in our branch.

It is our view that the current funding formula for our branch is out of date and does not effectively support our members who are paying their subscriptions.

4. For this motion to be presented at Barnet UNISON’s AGM for consideration and if successfully voted on, for it to be a branch motion going through to NDC. 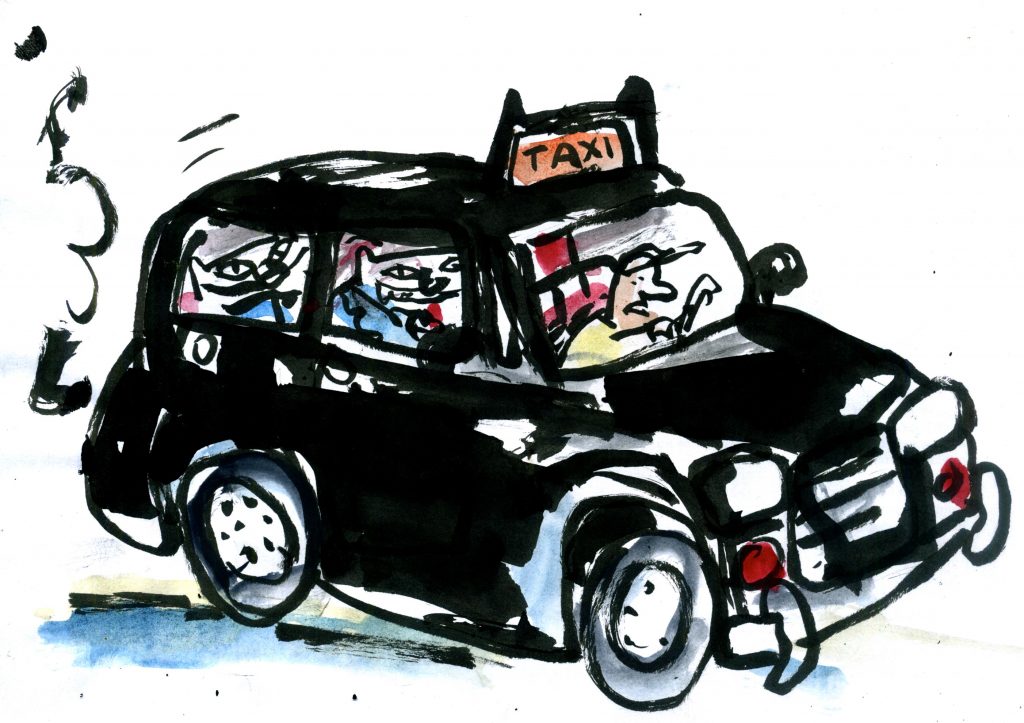 Councillor James Murray, executive member for housing, Islington Council, said:
“The decision about housing management in Islington has been finely-balanced. We have decided that bringing HFI in-house will allow us to invest as much as possible in new council housing, whilst protecting our tenants and existing stock from changes the government might make.

“It is vital that we continue to give our tenants and leaseholders the best possible service from our committed staff who currently work for HFI.

“We will also use this opportunity to expand tenant and leaseholder involvement in housing management and we will be consulting next month on how this should be done.”

The decision follows a three-month consultation with tenants and leaseholders this summer – with thousands of residents responding to a questionnaire survey and taking part in discussion groups run by an Independent Tenants Advisor.

The council’s consultation heard a wide variety of residents’ views on what they want for the future of their housing services. Common themes emerging were the need for new housing, more council accountability and a bigger say in the issues that affect all residents – including tackling poverty, anti-social behaviour and saving money.

If confirmed, the decision means the council will negotiate an early termination (April 2012) of the housing management agreement with Homes for Islington which currently runs until 2014.

The arrangements are expected to save the council £1.7m a year.

Between November 2011 and March 2012 the council will carefully prepare for the changeover to minimise disruption to services and maintain the high quality of services residents have come to expect from HFI.

As Austerity Policies continue their brutal assault on public services, Barnet UNISON has looked to see what is happening to the ALMO’s

Today is the first of a number updates on ALMO’s.

This post is about Brent Councils decision to bring their ALMO back in house here are some extracts from the Council reports.

Feel free to open the links and ready all of the reports yourself.

“The interests of tenants and leaseholders are my top priority and the results of the consultation show now is the right time to bring housing management back in-house. This decision will allow us to respond more swiftly to the Government’s housing policies, deliver savings and ensure our tenants and leaseholders receive nothing but the best service in the future. Our decision also follows a national trend of local authorities bringing their housing ALMOs back in-house. I would like to take this opportunity to thank the Board and everyone at BHP for their hard work over the past 14 years.”

Joanne Drew, Chair of BHP’s Board of Management, said:

“BHP was set up to improve homes as part of the government’s Decent Homes Programme. We have always been committed to working with Brent Council and ensuring local residents are at the heart of the organisation. We will continue to work closely with the council, residents and staff over this transition period to provide modern, efficient and effective services for the benefit of all council tenants and leaseholders.”

Short Summary of the Review Report

“The In-House option offers the best opportunity to make savings and provides the strongest levels of control. This option also puts the housing management service in a better position in relation to the Council’s wider plans to secure improved outcomes for residents. It will be necessary to look at how this option will address Member and resident engagement and there are various options that could be pursued. For example a Members and residents committee may overcome the loss of the ALMO Board under the In-House option. In conclusion, taking into account the challenging financial situation, and all other factors outlined above, it is recommended that the In-House option is chosen. This is the option which the Council believes will best serve residents in Brent but it wants their views on this proposal.”

You can read all the reports click on this link 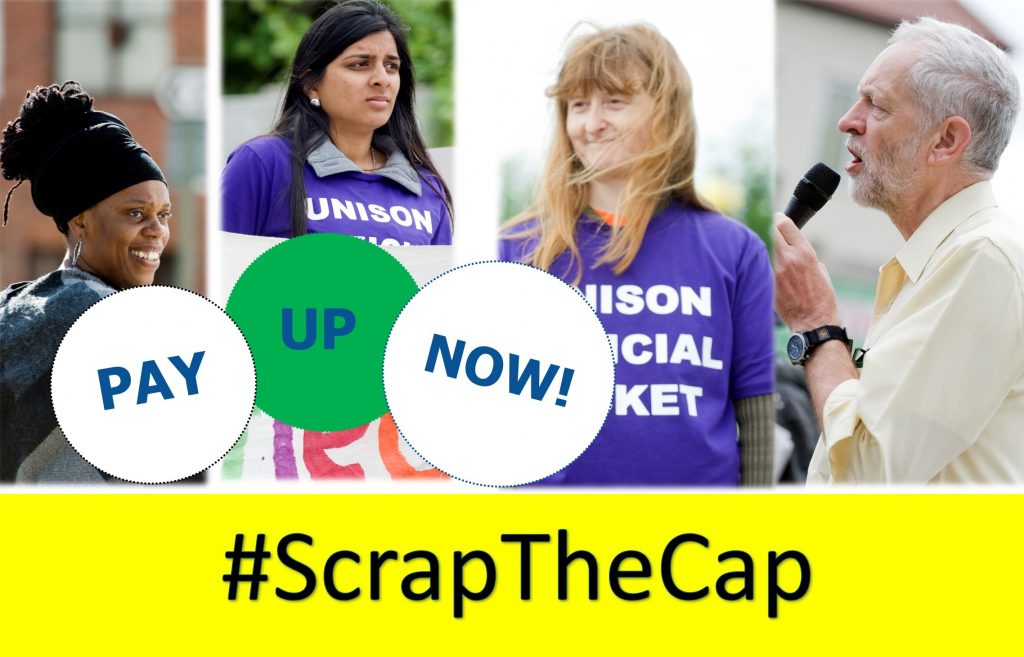 Daylight robbery – What happened to your Pay rise? #ScrapTheCap 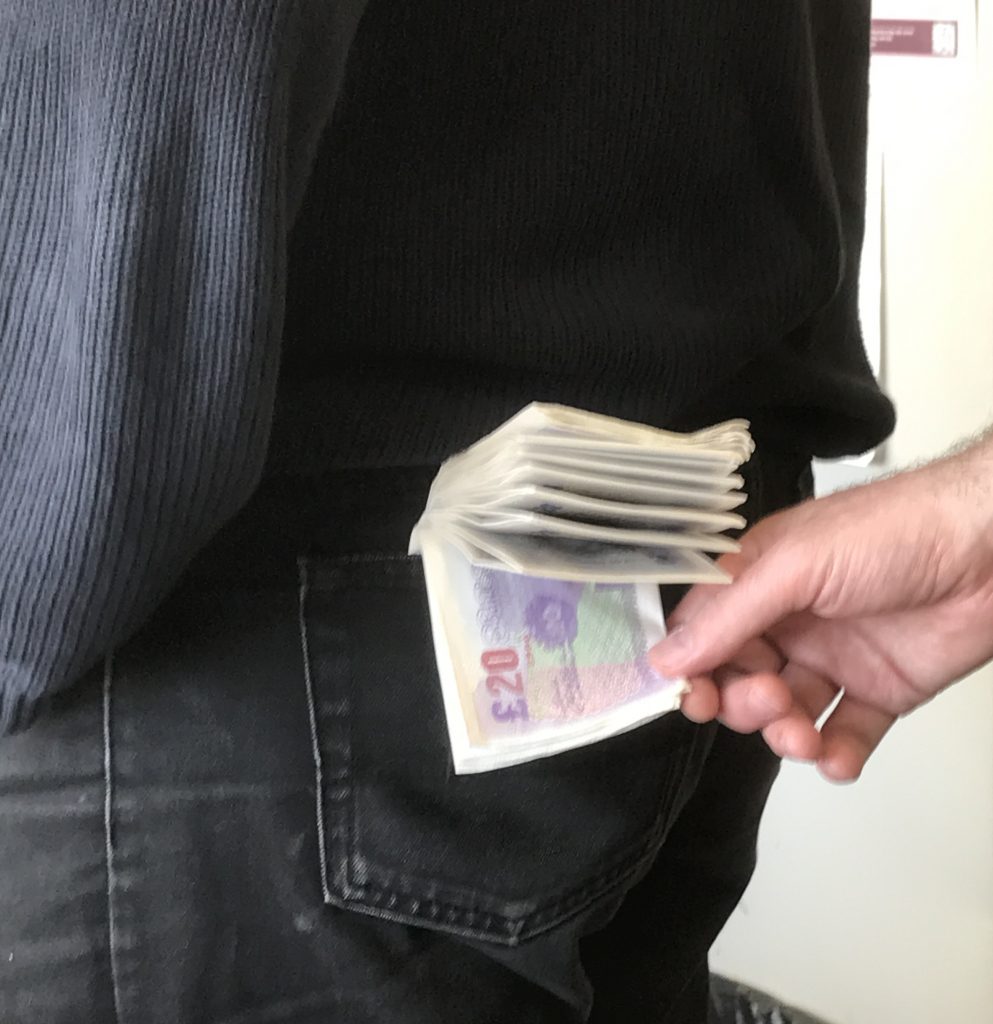 For years now, public service workers have seen their pay held back by government in the name of austerity. First a freeze then a cap saw public sector pay rise by just 4.4% between 2010 and 2016 while the cost of living rose by 22%.

Barnet UNISON has produced some examples based on the top of each grade within the Council in order to provide an insight into how much pay our members working for Barnet Council has lost as a result of the Pay Cap imposed on public sector workers.

If you don’t work for Barnet Council you can still work out how much you have lost so far be using the UNISON online pay calculator here https://www.unison.org.uk/our-campaigns/pay-up-now/

BE WARNED THE FIGURES ARE SHOCKING