Are you getting paid correctly? 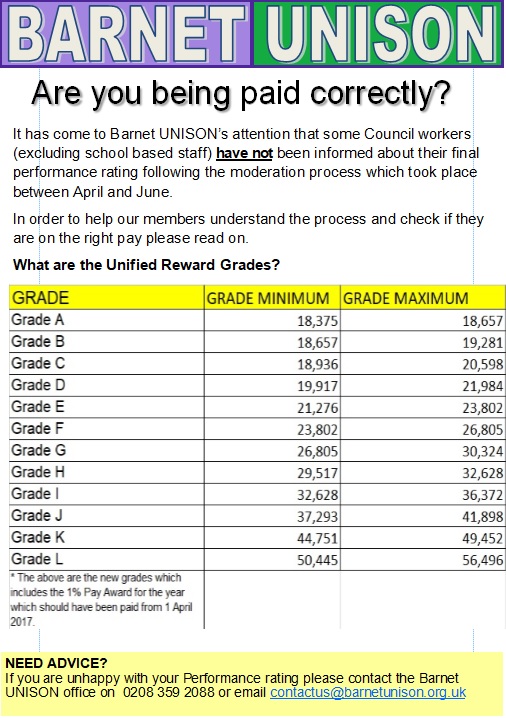 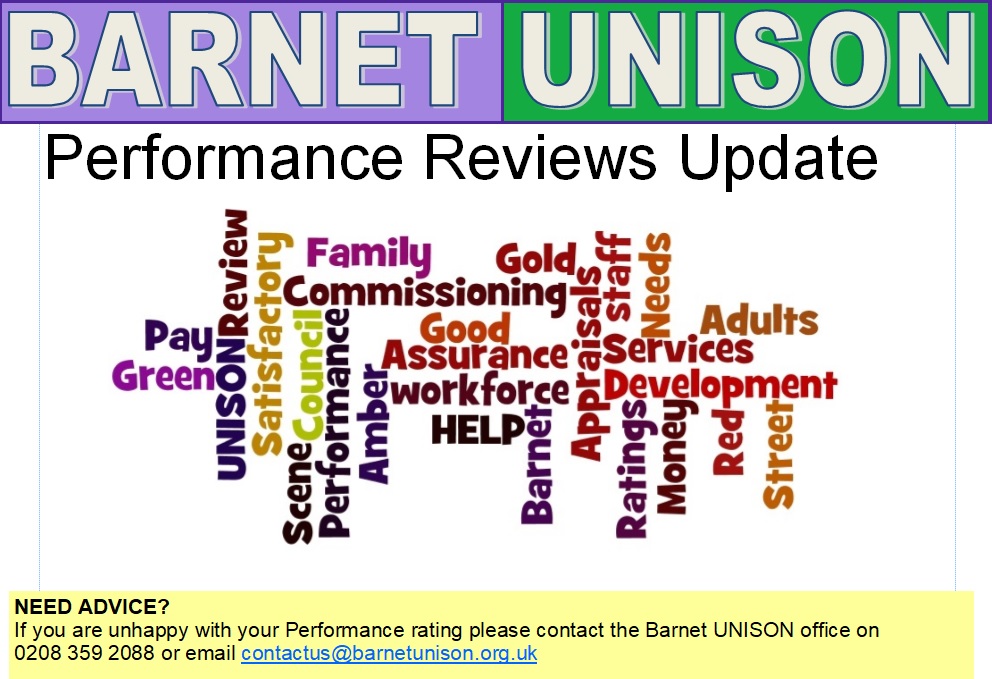 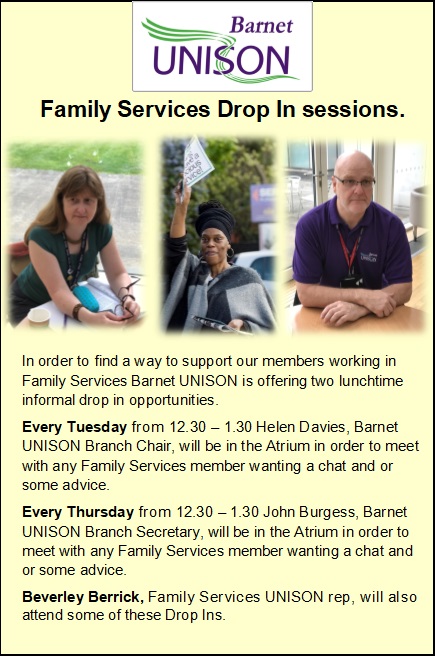 Full details on Family Services Flyer can be found here 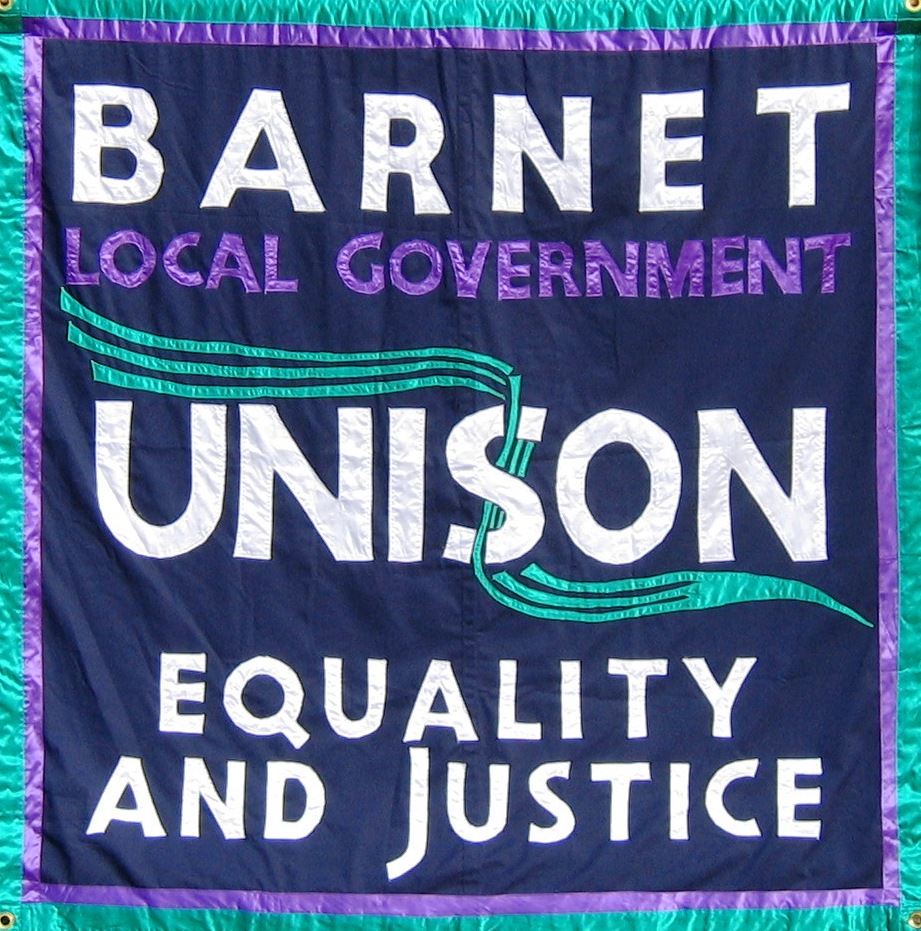 It is really disappointing and disturbing to read this damming Ofsted report.

I have been working in the London Borough of Barnet for 22 years.

I have a long history of knowledge of our social services.

Back in 2008 our Council celebrated being a five star Council. They actually hung the stars from the high ceiling in our Atrium (posh for staff canteen).

At this time we did not have any serious issues in social work. Barnet had a good reputation for social work and had no reliance on agency workers.

In May 2008 something changed.

The Council announced a major policy change called Future Shape later to be known as “easyCouncil” then “One Barnet” and finally “Commissioning Council.”

Barnet UNISON has written much on what has transpired over almost a decade of ideological obsession with mass outsourcing.

For this press release it is not the outsourced contractors that we are focussing on, but the impact on those remaining Council services, in this case Family Services.

Over the past decade to ensure delivery of the outsourcing programme the senior management had to change.

I watched as managers who were good at delivery were replaced by strategic managers. Often they were replaced by interims who would later become permanent. The Council then looked to consultants to prepare services for outsourcing. This led some to argue the Council was becoming “consultant dependent.”

Corporate knowledge was not seen as a positive.

What has happened in Family Services is, in my opinion, a long time coming.

This is why I would say to those looking for heads to roll, to reflect on those architects that have long since left.

Where is the accountability for those who have left and those who took their eye off the ball?

What needs to happen now? Barnet UNISON has already begun discussions with our members in Family Services and the Council.

We want to make Barnet a safe place to work which will translate into better services for children.

This means a change and recognition that staff and UNISON need to be fully involved in changes in Family Services.

There must be no repeat of past mistakes.

Barnet Council must listen to the workforce and their representatives.

The life of the child must and always be at the heart of Family Services.

To achieve this you need a highly motivated skilled workforce that is well supported.

The next 12 months are going to be critical and Barnet UNISON is going to make sure we are there for our members and those children who need Family Services.” 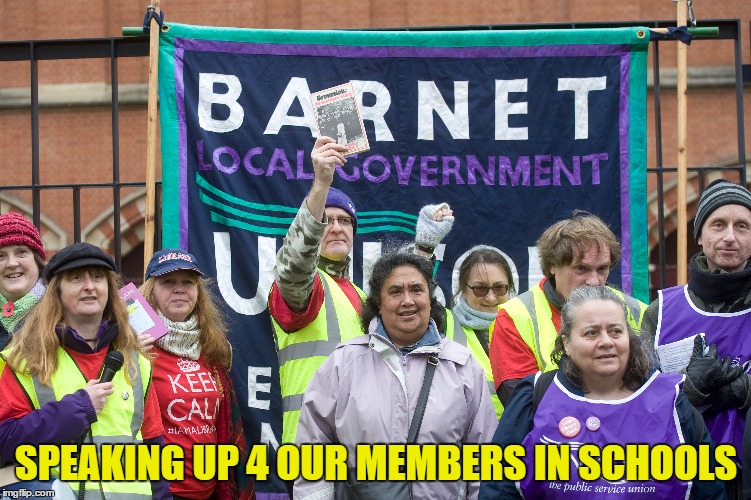 How we consulted over Pay & Grading review for all Council staff including schools.

To view the complete number of posts produced for our members going through the report please click on the link below.

Apart from the posts there were work place meeting, 1:1 meetings, flyers etc. 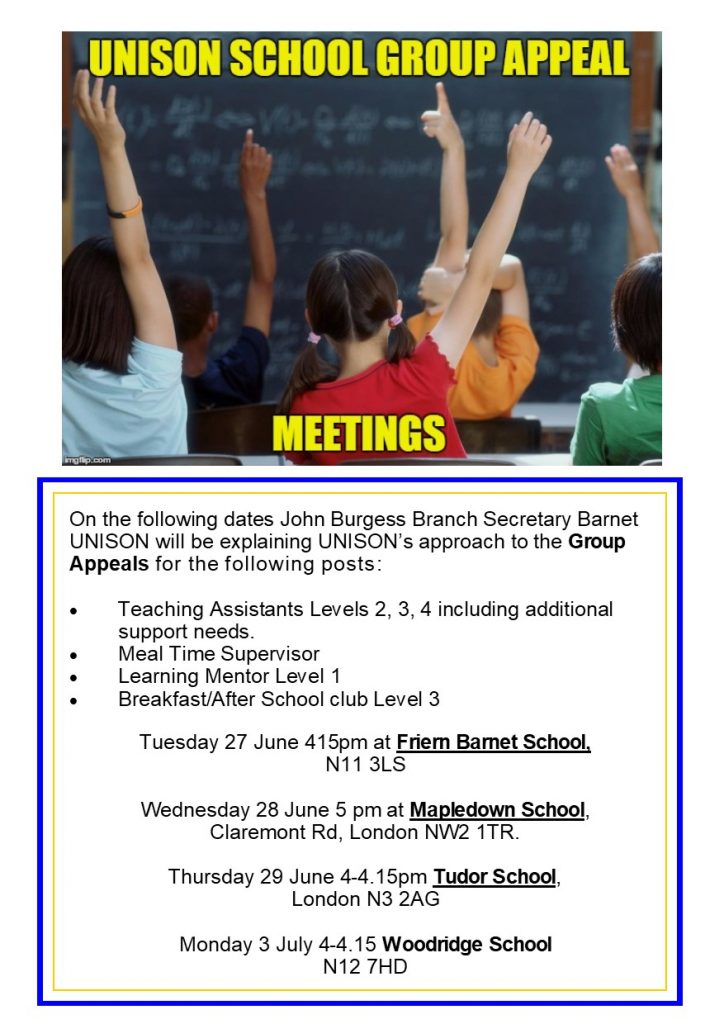 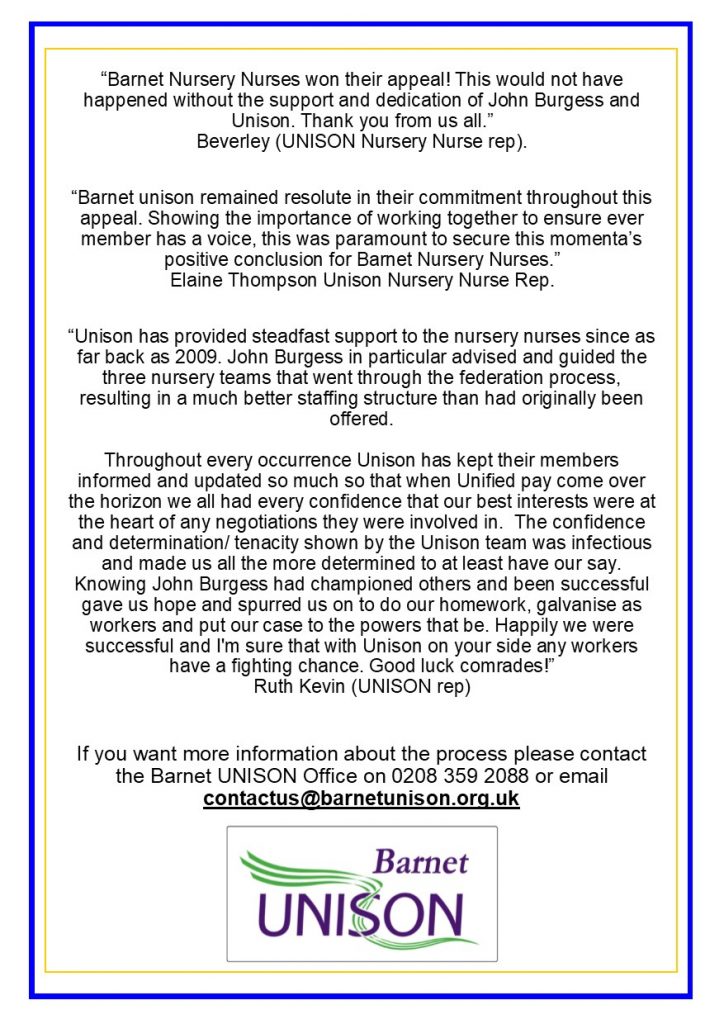 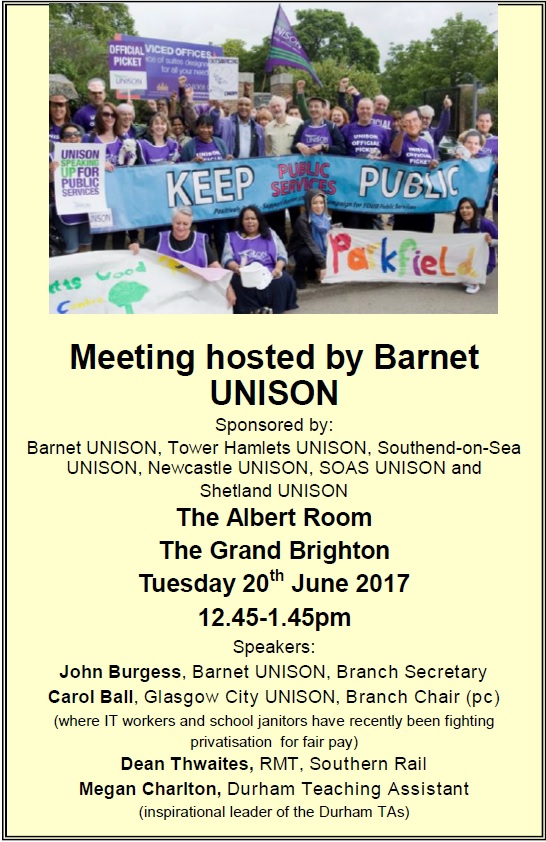 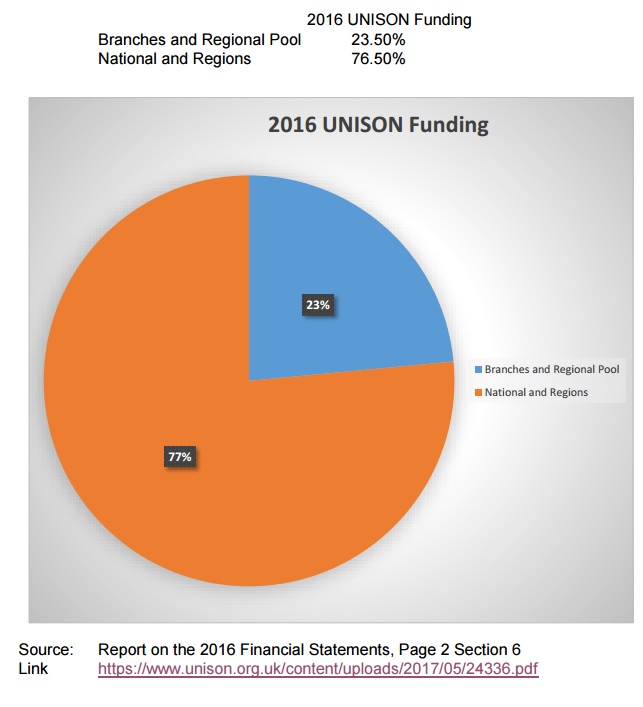 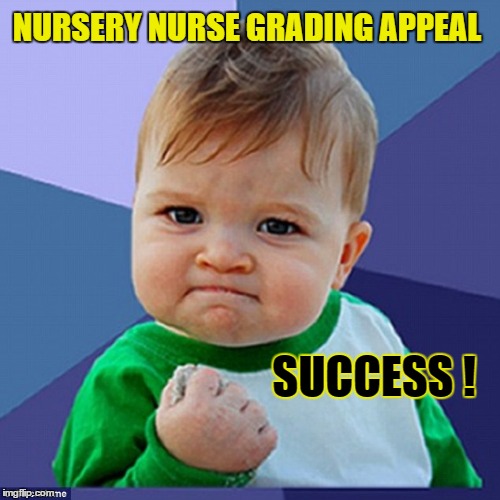 Barnet UNISON is proud to announce that the Nursery Nurse Group Appeal whoch htook place on Thursday 18 May , 2017 under Unified Pay was a success.

The following message has been sent out to schools today 22 May 2017.

Thank you for attending the Stage 2 Appeal held on 18th May 2017 for the roles of:

We can confirm that both appeals were successful and that the new grade for both posts will be Grade G.

We shall send revised contracts to all affected employees within 10 working days.

I want to first thank the work of Elaine and Beverley our long standing Nursery Nurse reps who were fantastic at the appeal hearing.

I also want to thank all of the Nursery Nurse members for helping provide the much need evidence to help win the Appeal.

The lesson is clear, we need active reps and members in all of our schools. 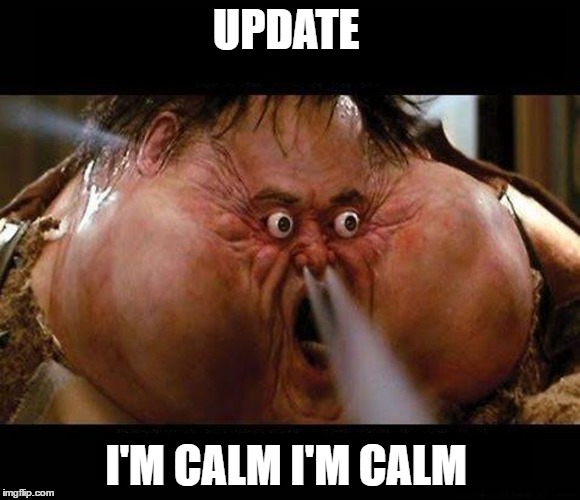 Today I can confirm that the proposal to sack our only two welfare rights advisors has been suspended.

I will be going in to talks with our members next week.

I want to thank all the council workers who have sent messages of support including solidarity messages from the community and of course BAFTA winner Ken Loach and Ian Hodson President National President Bakers and Allied Food Workers Union BFAWU.

The lesson must be if you don’t challenge decisions then you will never know if you could have made a difference.

I am proud of the “Barnet Two” who despite the incredible stress and pressure they are under have managed to stay positive and focussed. I can see why both of them are excellent Welfare Advisors and why they are a credit to the Council.

“I am bloody angry”– The Cruellest Cut to Welfare Rights advisors