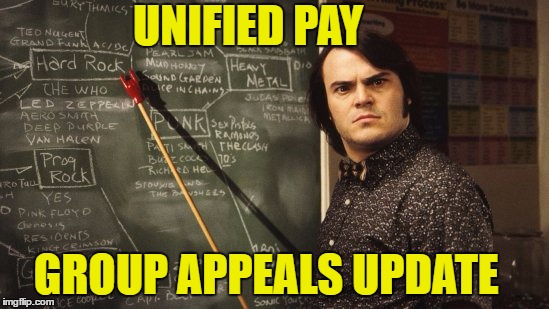 Please read here for the update: 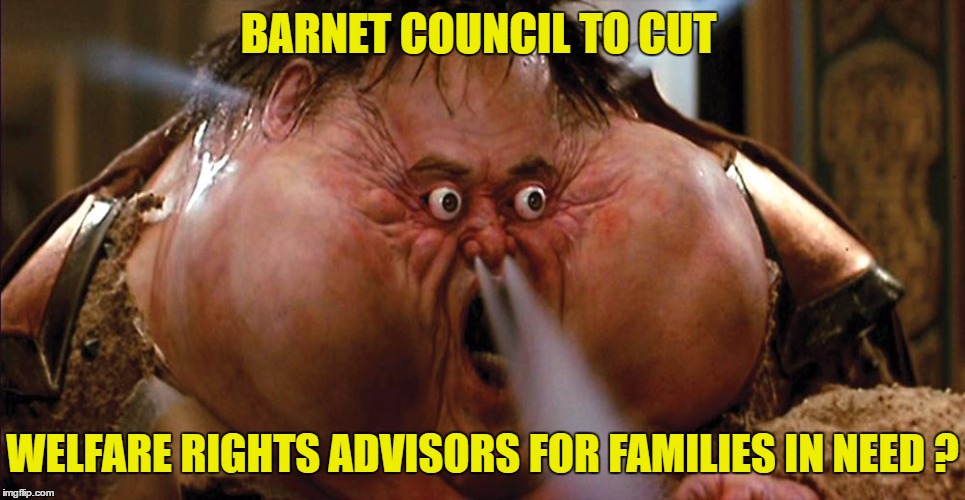 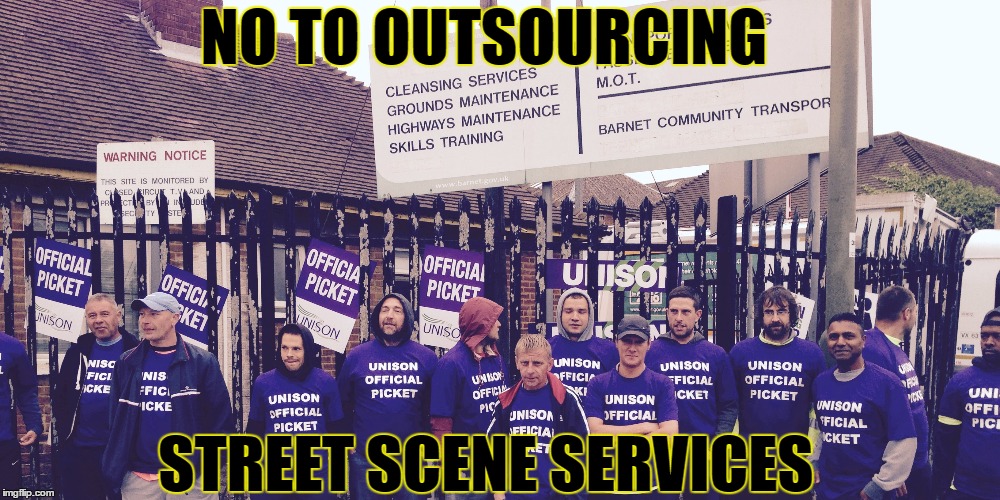 Barnet UNISON welcomes the proposal going to the Environment Committee Thursday 11th May at 6.30pm:

“That Environment Committee approves option E as set out in section 1.15 to 1.29 for the Street Scene Delivery Unit services including; recycling and waste, street cleansing, and green spaces maintenance (Lots 1-3) to revert to a full In–House service

That Environment Committee note and agree to the timescale, to revert to a full In–House service as set out in section 1.27, and agree that the Streetscene ADM project has concluded and that an implementation project will now commence”

Please join us in Hendon Town Hall on this historic occasion of watching an in-house model being proposed to our local councillors.

As a result of consultation we have now learnt that the two welfare rights advisor workers are not being sacked in order to make CUTS, they are being sacked because vulnerable families will get a better service without them!

Before I address the issue of why it is so wrong to sack the Welfare Rights workers I want to highlight this scene in Ken Loach’s BAFTA Award winning film “I, Daniel Blake”

This scene shows the daily humiliating life experiences people in need are facing.

I’m referring to this scene, because the Barnet Council proposal is to move away from helping to sign posting. It sounds good in the highly paid consultancy circle world. BUT the grim reality this is not just a cut for two workers it is a cruel cut that will deny access to the vital information, advocacy and support for the most vulnerable families in Barnet.

Before Barnet UNISON found out that this was NOT a financial saving, we would have referred the Council back to the uncontrollable Agency/consultancy worker costs which have gone from a round £7.3 million in 2012 to 19.8 million by March 2017.

“Why will this proposal cause hard to vulnerable families?”

In the past seven years there have been many changes in the way Advice in the London Borough of Barnet has been delivered.

The following organisations have either closed down or no longer do Welfare Rights Advice.

The two Welfare Rights workers are the only service that still provides comprehensive/ impartial benefits Advice up to Appeals level in Barnet. Both statutory and non-statutory organisations refer to the two workers.

In consultation it has been put to Barnet UNISON that the service could be picked up by other organisations. What is clear is that the report does not appear to know what is being provided out there in our community.

Below are some of the organisation mentioned who could pick up the work left as a result of sacking the two welfare rights workers.

Barnet UNISON on Tuesday 9 May at the Family Services JNCC declared a ‘failure to agree’ in response to the proposed sacking of the two welfare rights workers.

The matter has now been escalated to a meeting chaired by the Chief Executive.

If the proposal to sack the workers is not withdrawn the matter will be raised at General Functions Committee on 28 June where we will address the Leader of the Council. 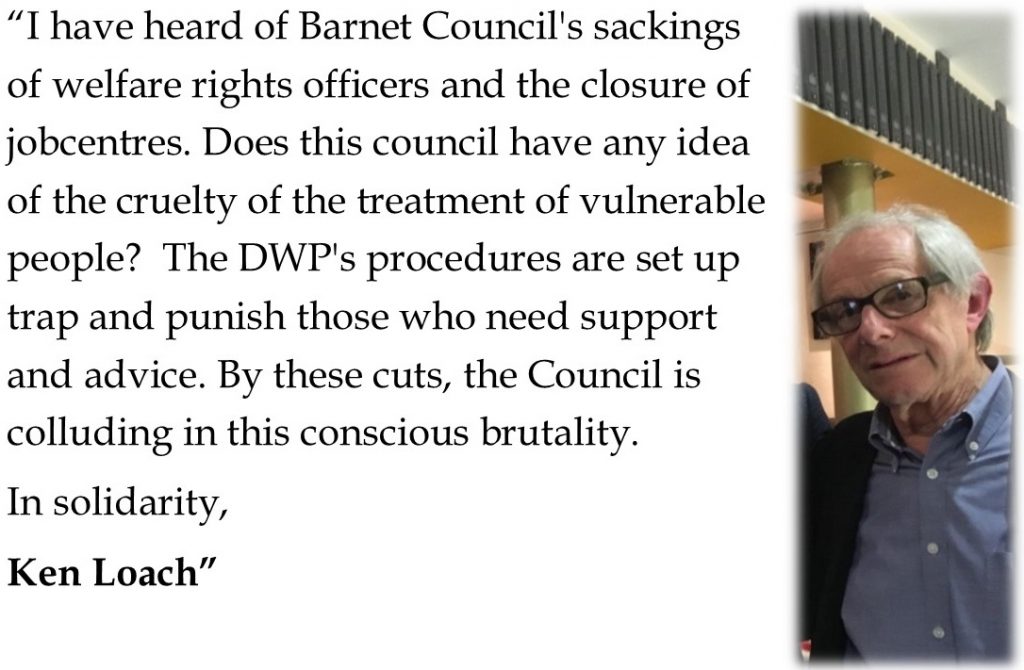 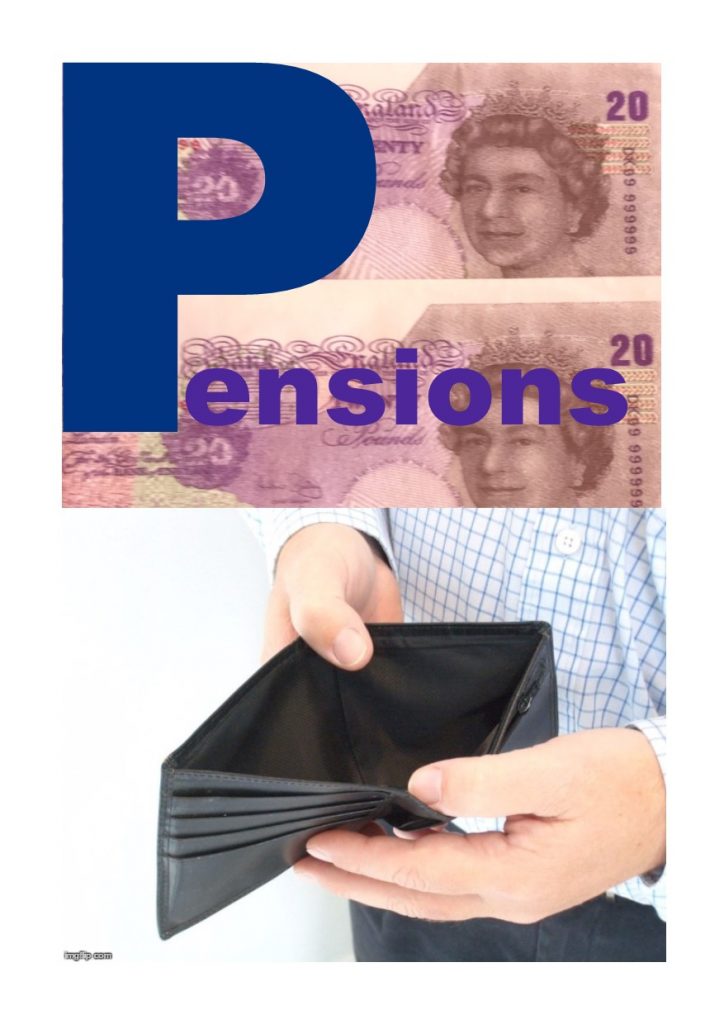 Barnet UNISON is proud to be able to offer a Pensions Seminar for UNISON members.

The seminar would include the following:

If you would like to take up this offer for your workplace/school please contact the Barnet UNISON office, on 0208 359 2088 or email contactus@barnetunison.org.uk

The Performance Review is rapidly becoming the Number 1 issue for our members working for Barnet Council.

When the Council first started talking about the Unified Reward scheme they used this slide. 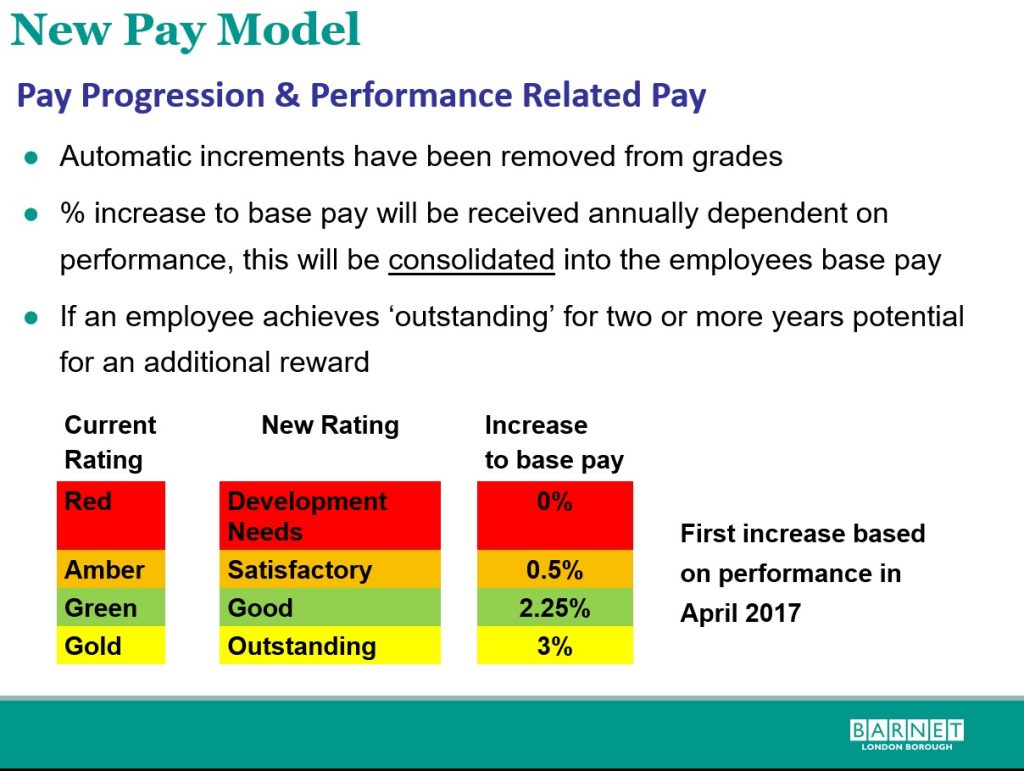 As you see the colour scheme has been replaced with new ratings. However, members are reporting that whereas they had previously been rated as Green they are now being rated as Satisfactory.

It appears that managers are rating Green as Satisfactory which is not what UNISON and the staff attending the briefings were expecting.

Between April and June moderation panels will be taking place to look at the ratings. This means your rating could still change. Lastly, you do not need to sign or agree your Performance Review.

Barnet UNISON is asking members to contact the Barnet UNISON office on 0208 359 2088 or email contactus@barnetunison.org.uk if they are unhappy with their Performance Review. 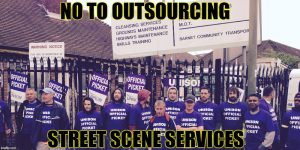 Those are not the words of Barnet UNISON but data on Barnet Council web site.

On Wednesday 15 March 2017, at 6.30 pm Barnet Council Environment Committee will decide whether to either back their own loyal hard working staff or outsource them to another employer.

Barnet UNISON has been clear from the start that Street Scene services should and must stay in-house.

If the residents rate these services, and the senior officers who produce the data confirming this is true, then how could it be possible to outsource these services?

We won’t know until the report to be considered by Barnet Councillors will be published here five working days before the meeting.

I will be attending this meeting which is open to the public. 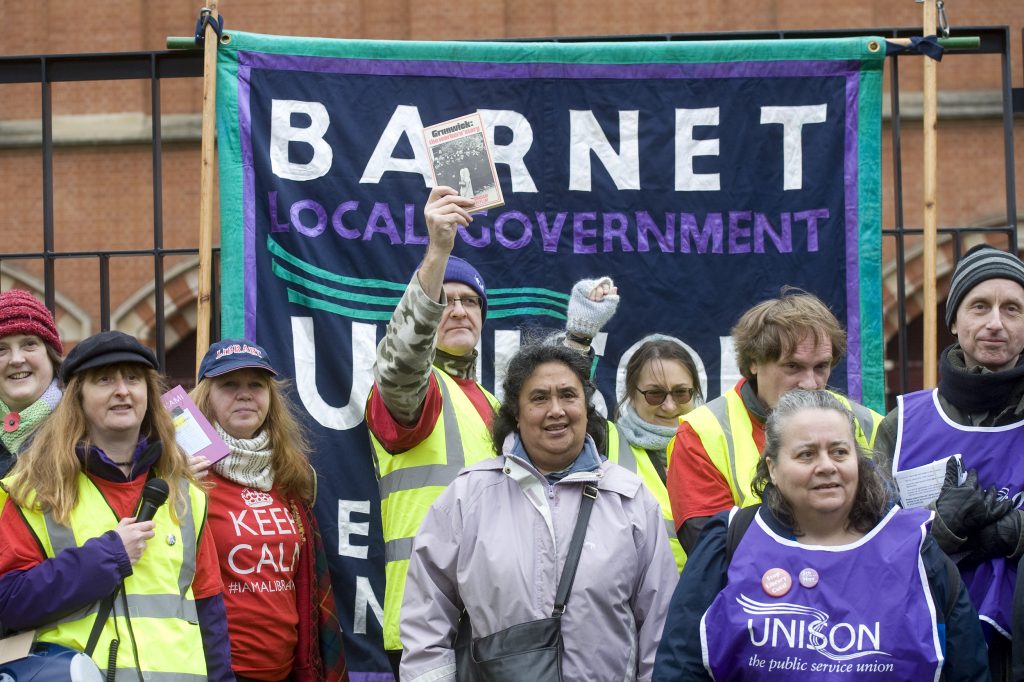 “State schools in England will have to find £3bn in savings by 2019-20, says the public spending watchdog. Schools face 8% budget cuts and about 60% of secondary schools already have deficits, warns a funding analysis from the National Audit Office (NAO).”

2.      Our branch has received an unusually large number of requests from schools seeking consultation over redundancies.

3.      The cuts budget is a national agenda which being fought at a local level.

4.      School support staff are often a significant proportion (30-50%) of the membership of UNISON local government branches.

5.      The formation of a new Education trade union which will bring teachers and school support staff into one union.

6.      The disputes by Derby City and Durham UNISON teaching assistants against the imposition of pay cuts through term-time only contracts.

7.      The impressive public support those teaching assistants have received for their strike action.

1.    School support staff are particularly vulnerable to redundancies but there is then a knock-on effect for the rest of the school when jobs are cut.

2.    The scale of the problem, the speed of the consultations and the general lack of confidence amongst school support staff means it is incredibly difficult to organise effective, or any resistance to cuts in posts at individual schools as a result of the overall cut in the schools budget.

3.    The cuts budget is a national agenda which should be fought at a national level.

4.    The issue of term-time only pay should be made into a national dispute.

5.    Fighting cuts and defending public services is popular with the public.

1.    To continue supporting and encouraging all and any colleagues fighting job losses and pay cuts on a local level.

2.    To call on UNISON to seek a way of registering a lawful national dispute over the School Budget cuts and begin the mobilisation of all of our members working in schools for a strike ballot.

3.    To call on UNISON to seek urgent talks with sister unions to attempt to coordinate joint national strike action over the School Budget Cuts.

4.    To send this motion to National Local Government conference 2017.