I thought it would be a good idea if Barnet UNISON members had the opportunity to hear about what is going on in other London councils. It is important for members to get an understanding about what is happening and how the branches are responding. Over the next few months UNISON branch secretary’s from across London will be answering a few questions from me. 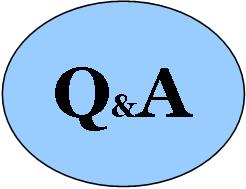 What is your name?
Matthew Waterfall

Have any of your services been privatised? Please explain?
A few have been privatised but others have come back in house. Hackney was burnt around the turn of the century when it let massive sections like Waste and Benefits which were privatised out to Service Team and IT Net respectively. These contracts worked so badly that the council was later forced to bring them back in. What we do find is that smaller contracts are often let out without much consultation etc with the unions. On the plus side though we were recently successful in campaigning for the majority of the estate cleansing service to be brought back in house. The major down side is that education in Hackney is run by a private firm called the Learning Trust who have done nothing to improve the lot of our mainly female membership in the 7 years since they took the contract on. As of today support staff in schools are still to go through single status and the result of that is low pay and poor treatment. Hackney Unison will continue to campaign to get education back in house, run by elected councillors rather than unaccountable board members.

Do you know if there are any plans to share services with other public sector organisations in your borough?
Not heard of any plans thus far but always on the look out

Do you have any privatisation proposals in your borough?
Nothing major at the moment

What do you think will be the big challenges for public Services over the next four years? The next four years pose the biggest challenge that our members in local govt have ever seen. The Tories are likely to win the next election and that can only be bad for public services. Our chief executive is talking of cuts as big as 20% which will devastate the workforce. This is why it is so important for members to stand strong together and for the national and regional union officers to provide us with the support we need now so that we are better placed to fight the cuts when they do come.

What is your message to Barnet UNISON members
Barnet and Hackney have a long history of working together in educations and we will always stand shoulder to shoulder with our comrades to the north. We realise what members in Barnet are having to put up with dealing with future shape and ludicrous headline grabbing schemes like ‘Easy Council’ and we share your distain. Having worked personally with your branch over the past couple of years it is great to see a branch with such a strong sense of solidarity and comradeship and as long as members in the borough can keep this going then I believe that although the times ahead may not be easy you will be strong enough to reject the worst aspects of what the Council is trying to do there.

View pictures from the March 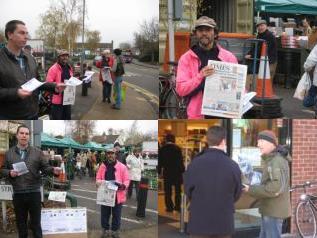 We have received a request for support from our UNISON colleagues in Hammersmith & Fulham. We have been told Hammersmith and Fulham Council are planning to sack and reengage 4283 workers to impose draconian cuts in terms and conditions. Part of their justification is that staff have more generous terms and conditions than other local government employers.