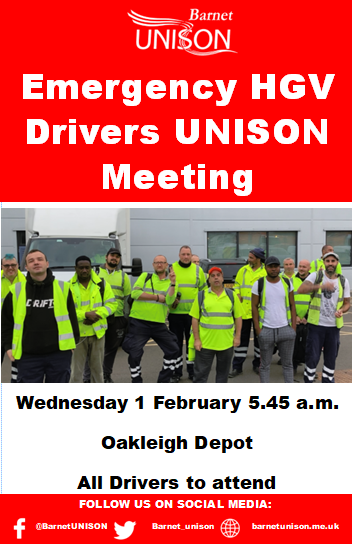 Barnet UNISON carried out an informal ballot of our members on the offer of 10 % Recruitment/Retention for our HGV driver members.

97% of members rejected this offer.

Barnet Council has been paying social workers in Family Services Recruitment/Retention payments up to 20% for the past 5 years.

In the worst Cost of Living Crisis our members believe they are worth more than 10%.

We are calling a meeting of all drivers to discuss what happens to our claim. It is important that all drivers turn up to the meeting 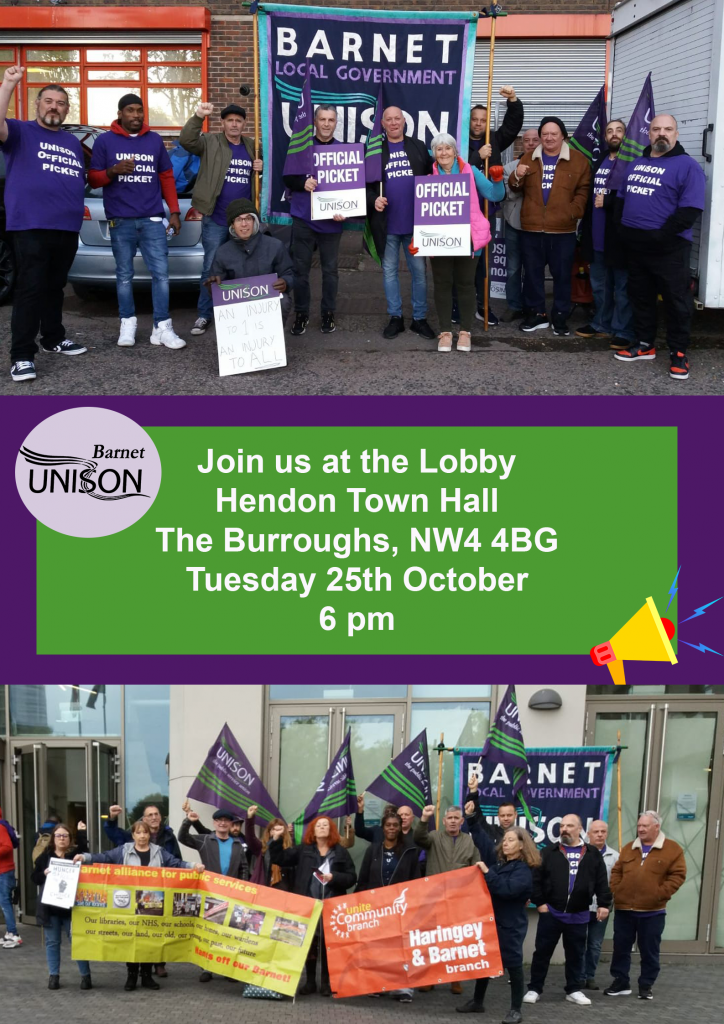 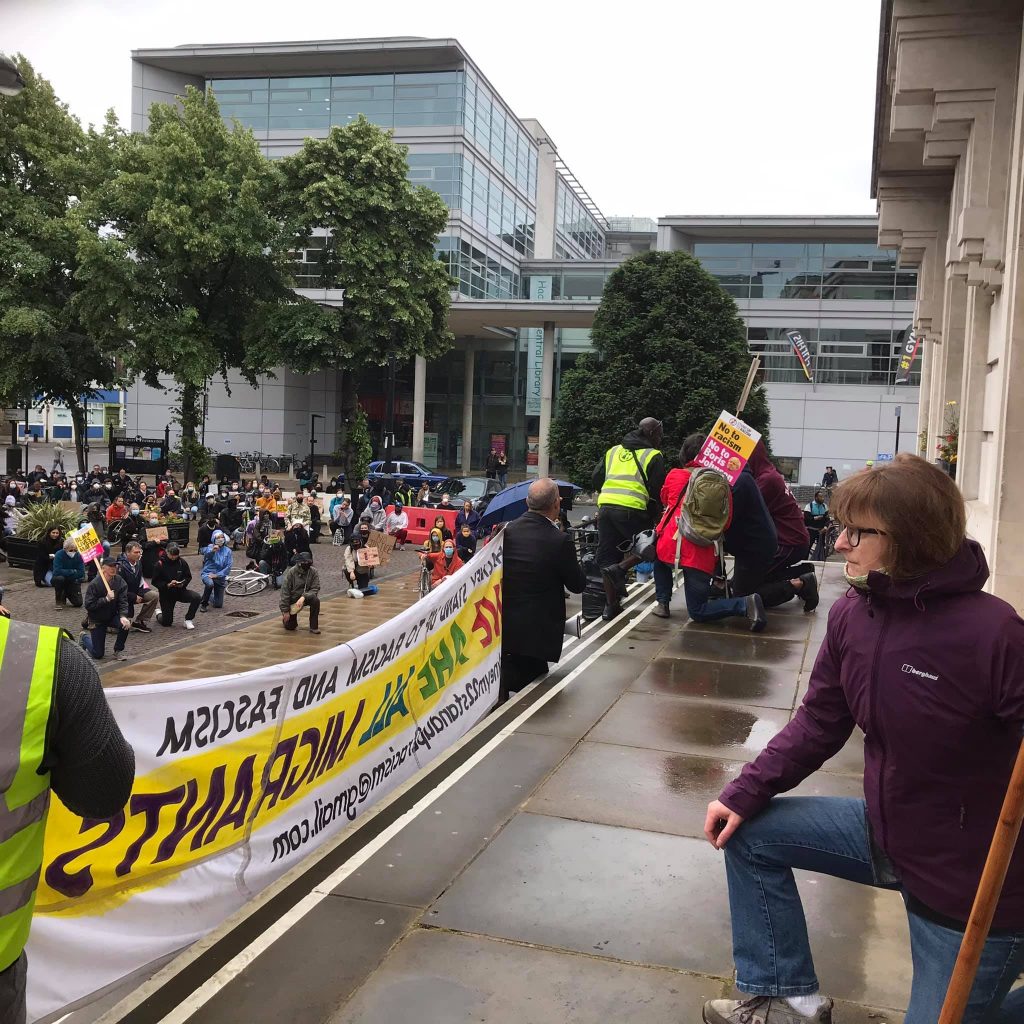 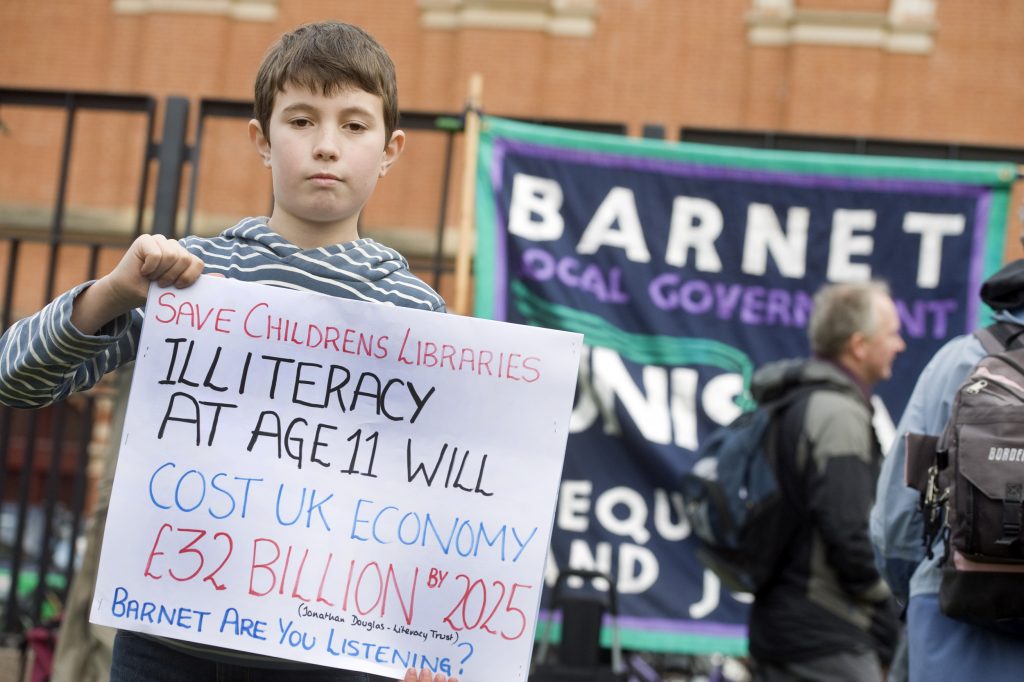 British Library, Kings Cross.
March to protest about cuts to libraries, museums and the arts.
Barnet Unison were on the march along with striking Barnet library staff.
05/11/16 BP AMS

It is a thorough and detailed body of work and while we are not in total agreement with its findings or recommendations, we commend those who worked on it for its evidence based and independent approach. This included a willingness to engage with UNISON and Library workers.

This is an initial response from Barnet UNISON, focusing on the salient concerns to us a trade union.  Further and more detailed responses will follow as we consult with our members working in Barnet Libraries.

Much of the Review concurs with our warnings to the Council before and since the implementation of the current structure and operation of Barnet Libraries. We have been raising these concerns, which focus on the accessibility and the quality and breath of service since 2014.  However   the Council proceeded on their course and the resulting public dissatisfaction and restriction of access (particularly for children and people with disabilities) are plain to see in the Review’s findings.

Barnet UNISON is glad to see the professionalism and hard work of Library staff, at all levels recognised in the Review but   the continuing achievements of these workers is despite the Library Restructure of 2017 not because of those changes. Barnet Library workers have had to overcome significant challenges, including a reduction in numbers of almost 50%, the loss of public and work space, a disruptive working schedule and having to deal with the often justified but misdirected frustration and anger of the public.

Barnet UNISON fought a long campaign to defend the jobs of Library workers from 2014 to 2017.  This involved considerable effort and self-sacrifice by UNISON members working in Barnet Libraries. This campaign was not only about defending our members but a bid to maintain the quality and availability of libraries for the people who live, work, study and visit in Barnet. But regrettably many library workers lost their jobs in April 2017. In many cases this was a sad and premature end to decades-long careers.  These Library workers were sacrificed to the Council’s belief that their skills, knowledge and experience could be replaced by machines and volunteers

Nearly three years after this loss the   Review has found:

“The reduction in staffed opening hours has gone too far, particularly given the low number of volunteers. The reductions act as a deterrent to many library users from using the library and act as a particular barrier to young people who cannot access the library on their own during SSO hours if they do not meet the minimum age requirements.”

“The loss of staff and the fact that they move between libraries more makes it harder for users to develop positive relationships that support library use for all ages. This is not a criticism of staff. It is a loss for the community”

To help redress this the Review advises that the Council;

UNISON support the increase in staffing resources but on a permanent basis. Even if “adequate numbers of Volunteers” are found they are not suitable replacements for Library staff

The Review also calls on the Council;

While the Council have published no plans for further cuts to the Library Service, the implementation of the Review’s recommendations would require additional funds being allocated to the Service. Attempting to implement the changes described without additional resources will result in further burdens and stress on an already overstretched work force.

Barnet UNISON hope the Review will spur the Council to at least begin to repairing the damage done to Barnet Libraries in 2017. Damage which our Union and others warned the Council would result from their Library strategy.  We call on the Council to truly engage with us and those who know the service best, Library workers, in making our Libraries truly fit for the 21rst Century.

“We are in the process of enormous catastrophic breakdown and if takes an arrest to try to find ways of helping to galvanise public opinion then it certainly worth being arrested.” (Rabbi Jeffrey Newman 14th October 2019.) 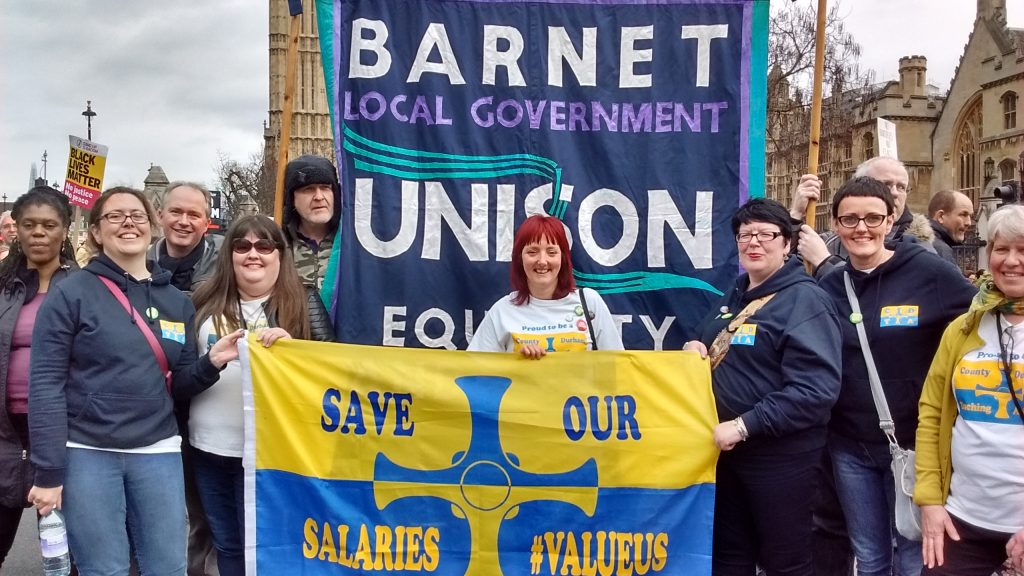 Solidarity to Durham TAs on Saturday 25 March, 2017, a small delegation from Barnet UNISON will be marching with the iconic Durham Teaching Assistants who have organised an inspiration grassroots fight back in response to a 23% pay cut.

Other trade union branches from across the country will be travelling to Durham as an act of solidarity. 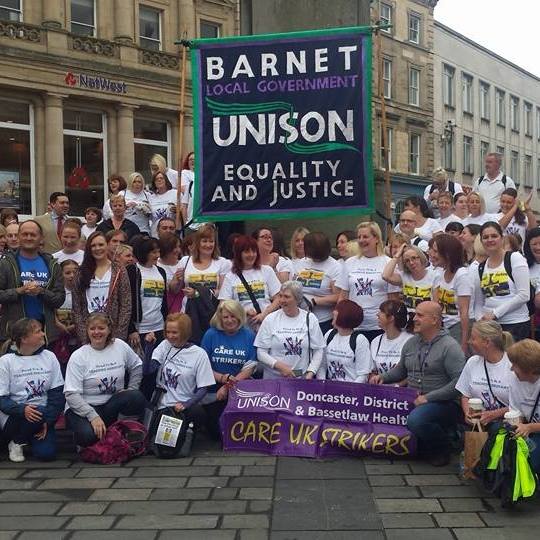