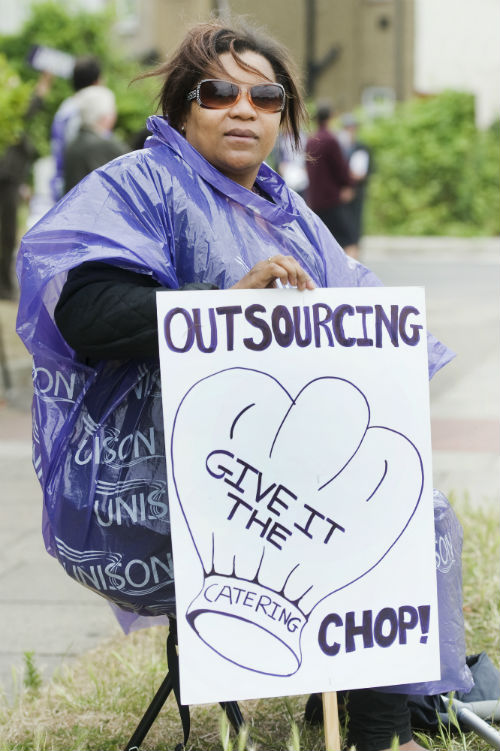 Barnet Council have moved the majority of their workforce to the new £50 million office in Colindale earlier this year.

The plan was to transfer the current staff working in the canteen in North London Business Park (NLBP) to work in a Costa Coffee shop in new office in Colindale.

Barnet UNISON represents all the Catering staff who were going to be transferred to the new café.

Unfortunately, news broke that this transfer is not taking place and no agreement could be reached between Barnet Council, Cambridge Education (Mott MacDonald) and ISS.

The news has brought stress and uncertainty to a group of low paid catering workers who were assured before the outsourcing from the Council that their jobs would not be at risk.

Three years after the outsourcing the staff are now possibly at risk of redundancy or being transferred to another employer.

This uncertainty is yet another example of the brutality of Austerity and the dangers of outsourcing,

Time and time again Barnet UNISON is having to organise workers who are facing serous cuts to their terms and conditions as a result of being outsourced.

Barnet UNISON has written to Barnet Council, Cambridge Education (Mott MacDonald) seeking a meeting to discuss the future of these workers.

Barnet UNISON is calling on the Council to set up their own café in the Colindale office and employ our members to run it.