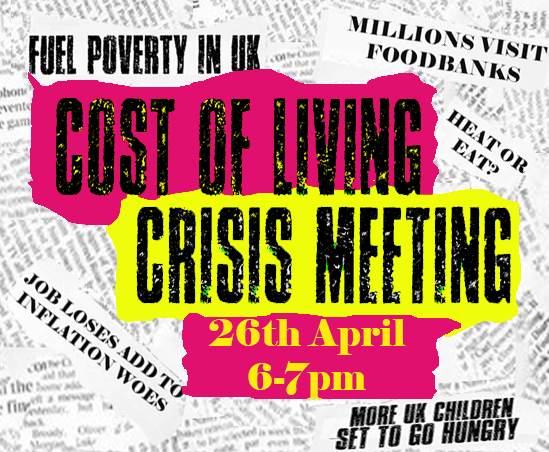 Don’t let anyone tell you there is no money

All of this and yet

Negotiations have started for the National Pay campaign. More news on the campaign will be shared with members.

BUT Barnet UNISON believes we can’t wait, we need to act now.

But we need a Barnet UNISON Cost of Living Crisis Pay claim now.

Barnet UNISON will shortly be starting negotiations with the employer on some changes to Unified Reward Terms and Conditions. It is important that members attend our UNISON meetings on the negotiations.

The next Barnet UNISON Cost of Living Crisis meeting is taking place on Tuesday 26 April 6- 7 pm.

Please see details below for joining the meeting.